Chief for a Day

On Friday 5-June Kyle Burrell of Steen School was selected to be Chief for a Day in Bogota. Started in 2012 by the Bergen County Sheriff Dept. the Chief for a Day program is a chance to local Police Dept. in Bergen County to reach out to their Community. On this day they  give one Student, who is dealing with a life threatening, or chronic health conditions, a day where they have a chance to be apart of something bigger.  It may be a day that they can forgot about their condition, but is is more about a day they can remember that they, and their Families, are not alone in the World.
The Day started with Bogota Police Chief Chief John Burke coming to Steen School in order to accompany Mr. Burrell to his new job for the day. When Chief Burke and Mr. Burrell appear form Steen School they were greeted with loud cheering and applause by the entire Student body gathered in the playground to show their support for their schoolmate.  The two continued pass a Police Colour Guard on their way to the patrol Cars to take them to Borough Hall.
At Borough Hall Bogota mayor Chris Keleman read a proclamation making Friday 5- June-2015  Kyle Burrell day in Bogota. Then the Mayor swore in Mr. Burrell  as the new Police Chief along with Chief Burke  presenting Chief Burrell his badge. Then a family moment  came when Chief Burrell's Father Carlton Burrell was presented with a Birthday cake in recognition of his Birthday. After a quick breakfast the two Chiefs went to their office in Police headquarters to begin Chief Burrell's tour of duty. Kyle sister Seniah was appointed to be the Chiefs Assistance for the day as well, and the two got to work. Chief Burrell also learned about fingerprinting, and some of the other
duties of Police Chief.  he also took a time to inspected the  Officers on duty to make sure they look their best as the represented Bogota.
Then Chief Burrell with his Family and Chief Burke went to a gathering of the other Chiefs for a Day at the Bergen County Courthouse to  meet with Bergen County Sheriff Michael Saudino, who implemented this program four years ago.
In a quiet  moment  at Police headquarters Chief Burke talked with the Burrell Family find out that they have lived in the Borough for eight years. Chief Burke talked about how many of his officers have live much of their lives in Bogota, and he had move here at a young age. With him was Captain James Sepp who along with his Parent have grown up in Bogota. Chief Burke was proud of the number of his Officers took time to be apart of this day and how he tries to emphasize that his Department is just one member of the Bogota Family. Chief Burrell Grandmother Zipporah Weir like to hear that adding if the Police feel they are part of the Residents Family,  and the Resident feel they are part of the Police Family they will be happy they moved to Bogota. 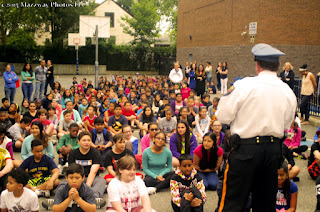 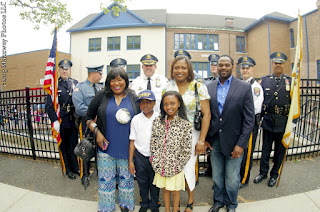 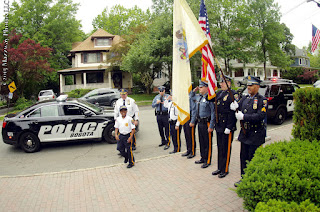 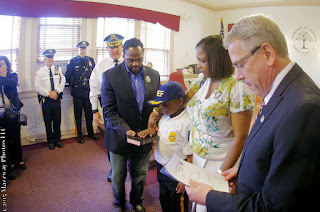 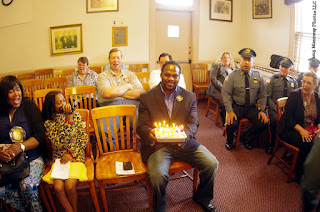 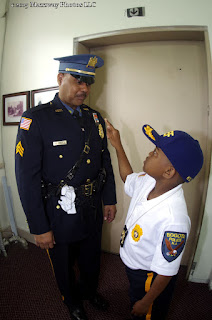 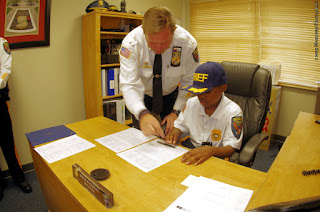 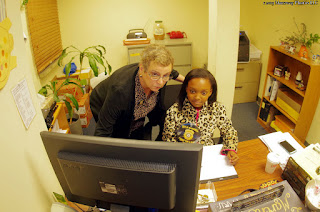 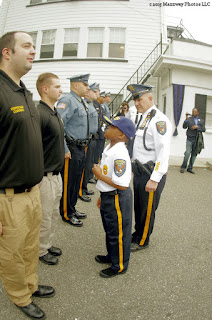 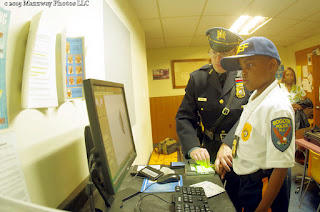 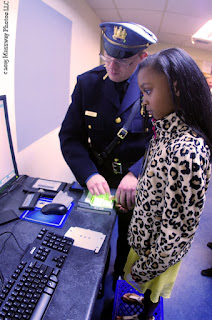 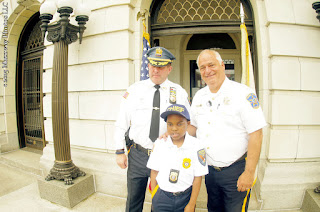 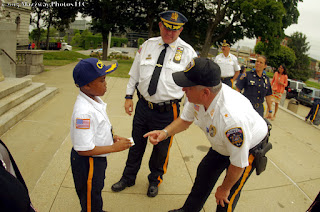 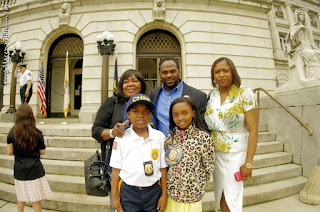 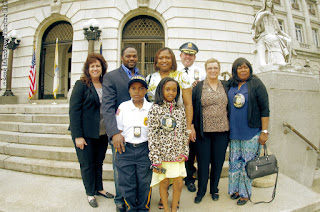 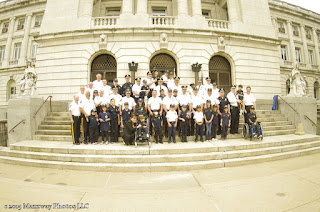