On Tuesday 16- June the Bogota Police Emergency Services Youth Academy held their second and final Orientation for the Parents or Guardians of those recruits who have been accepted into the BPESYA class 05. The Parents were told what their Students should expect and what is required of them. The Parents were also informed of how can help their Students to become prepared to be apart of Class 05.  The Parents were first informed of the mandatory evaluation day all Cadet must attend.
This will take place on Thursday 16-July, this is the day before  Starting of the Academy duty day. Time and place of Assessment day will be announced at a later date.  This assessment is to track the Cadets physical condition before entering the Academy and to measure any progress made during their time in the Academy. The next order of business was to tell the Parents the date and times of the Academy training days. The Academy starts with an Orientation Day  on Friday 17- July this will start at 7:30a and run until 4:00p. This is the standard duty day for the Cadet except on Friday 24-July will they will have an early dismissal in order to attend an special evening session later the day.  The Academy will run from Friday 17-July to Tuesday 28- July, with Saturday & Sunday off.  The graduation for Class 05 will be on Tuesday 28- July and be held at Steen School scheduled to start at 7:00p.
Next the Parents were told of the Zero Tolerance policy of the Academy.  The policy included, but not limited to, lateness, disobedient, or disrespectful behavior to the Instructors, Interns, Support Personal, and fellow Cadets.  The Cadet will be subject to have a standard uniform appearance. Both sets of Uniforms are required to be washed , and dried nightly. This is due to the physical activities the Cadet will perform during a standard duty day. Two sets of uniforms will be issued to each Cadet. Both sets will be worn during the course of the day.  All Cadet are recommended to wear  mostly white athletic shoes, black shoes are allowed with most of the shoe a solid colour. Female Cadets are required to have hair shorten the shoulder length, or longer hair  pulled into a tight bun before arriving at the Academy for the day. It is mandatory for all Female to wear a "Sports Bra" under their Uniform Shirts. This is to assure that any activity that requires the Cadet to be near or in water will not compromises the Cadet Uniform code. Male Cadet are required to have a neat business hair cut. Above the ears and off the back of the neck. All Cadet must be free of Jewelry of any type.   Including, but  not limited to rings, bracelets, earrings, and necklaces is is in order to maintain the standard uniform code as well as the safety of the Cadet and Instructors.  Cadets are to bring their own Healthy Lunch to the Academy  cold  sandwiches, with a fruit or vegetable is recommended. The Academy will provide Cadets with their own water bottle as part of their uniform and will regular hydrations stations during the duty day.
The Parents were inform that  the Bogota Police Emergency Services Youth Academy  have graduated over 200 Cadet in the first four years of this program  in that same time only 4 Cadets did not finish the Academy, one for health reasons. Parents were told that is better for a Cadet who does not  want to give 100% effort to the Academy to be allowed to leave.  There will be no repercussions  to any Cadet who does not want to stay at the Academy. It is requested that the Cadet themselves inform Sgt. Lynch or Anna Ferris of their decision, and turn in their Uniform and equipment at that time.
The Parents where informed at at least two instructors will be supervising Cadets at all time for the safety & security of the Cadet. There are two Female instructors and a number of Female interns (some  Academy graduates) to see that the Female Cadet are in a secure and comfortable environment.  Academy Coordinator Anna Ferris is a trained and licensed nurse and will be on site for the entire duty day.
The final item to be discussed was the importance of the Graduation Ceremony. This will beheld in the Gymnasium of Steen School and is open to all Family and Friends of  the Cadet of Class 05. This will be a ceremony of the same importance as a High School Graduation.  This is a chance for the Families to see what their Children have accomplished and to help them take pride in being part of on of the finest Youth academies in Northern New Jersey. 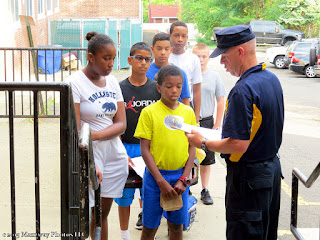 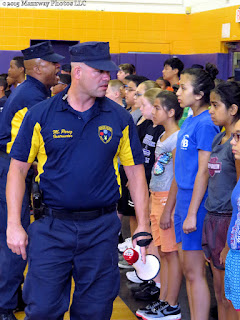 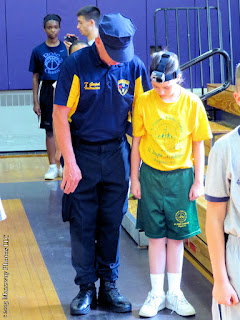 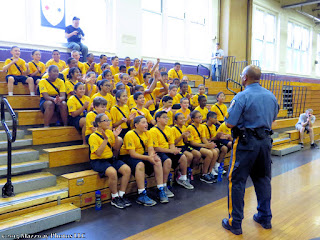 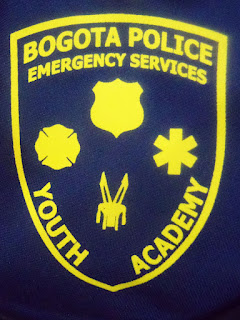