On Tuesday 23-June the Steen School held it's Graduation Ceremony for the sixth Grade Class of 2015.  Intern Principal Christine Giancola told the Class that even though she had started  at Steen this year she was happy and proud of the Student who were on Stage to complete the first Part of their Education. Then Superintendent Dr. Letizia Pantoliano spoke to the Students. Dr. Pantoliano talked about the opportunities the Class of 2015 will have when they join the Student body of Bogota Junior / Senior High School next fall. The programs and clubs at the High School are open to all Students enrolled beginning with the Middle School Seventh Grade Class. She also announced that starting with the incoming Class of 2012 they will be eligible to be apart of the National Junior Honor Society. This is equivalent to the National Honor Society for the High School Student in Bogota, but the NJHS will be for the Middle School Student in 7th & 8th grade.
Amelie Caceres spoke to about her fellow classmates recalling the experiences they have shared growing up at Steen. The friendships that were made, and times shared over the past several years. At this time the Students joined their parents in the Audience to watch a video to look back at the Class of 2015 time at Steen. It feature a juxtaposition of first childhood photos of the Students and shown how they have grown during their time at Steen. Photos also featured  moments from this current school year to remind them of the time spend together.  At the end images of members of the Faculty were shown, including when they were just school aged Students themselves.
Dalecia Ashley's speech was to thank all of the Parents and Family members for helping them along over the years. Then the Class of 2015 came down to present their Parents with  a  red rose in appreciation for their support.
Ruby Recio addressed addressed the Class of 2015 directly thanking them for the time together. Enjoying the craziness of growing up, and wonder what the next six years will bring.
After the presentation of their Certificates of Promotion  the Class of 2015 had one more presentation in the form of a song written & composed by Teaching Assist Ivonne Martinez  titled  "Don't Give Up Now". This was performed by the entire Class as they sang , while other danced to front of the Stage to bring a joyous conclusion to the evenings ceremony. 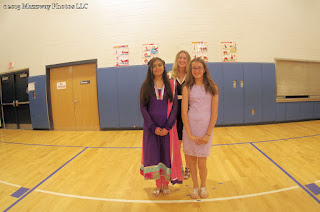 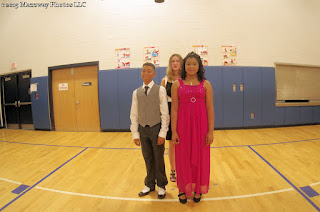 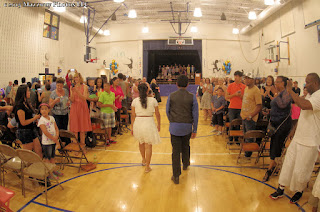 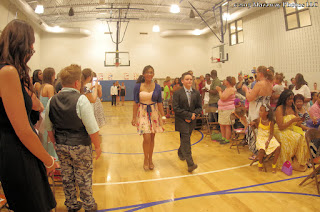 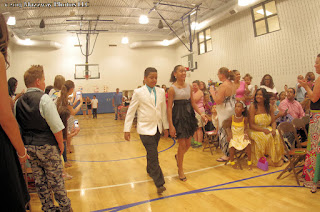 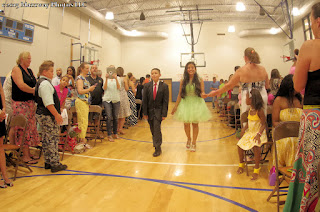 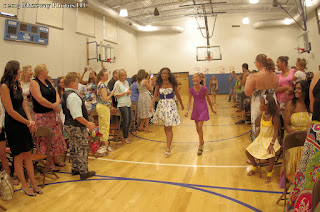 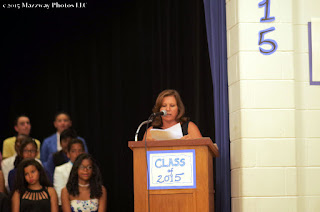 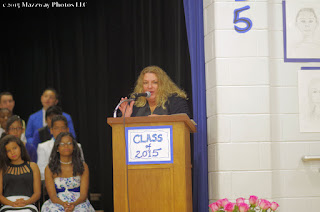 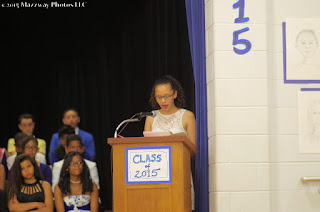 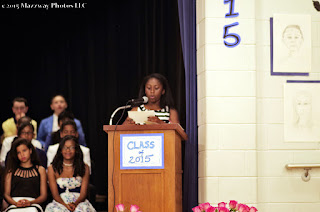 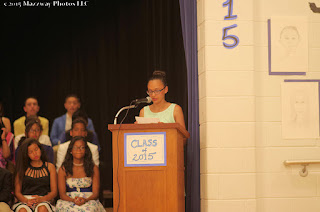 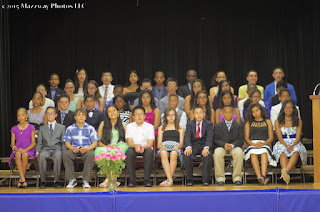 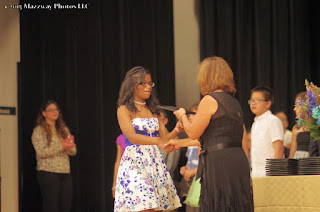 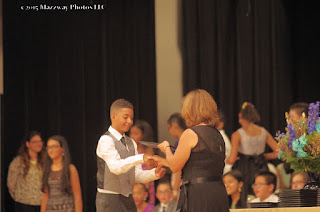 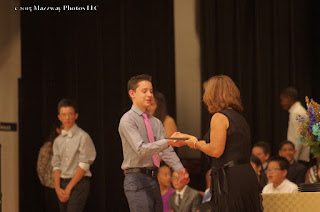 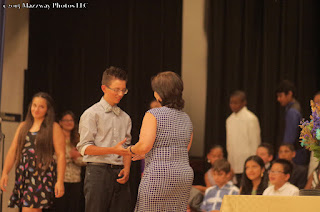 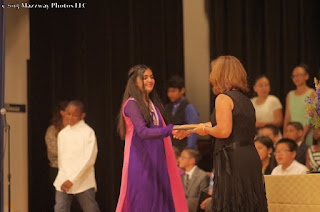 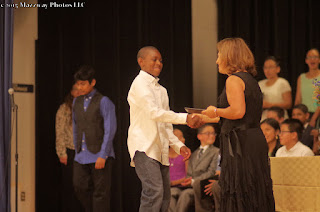 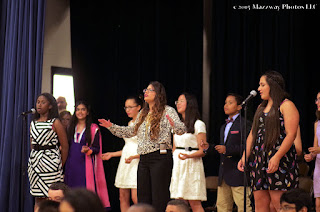