1-October-2017
On Saturday-30-September the Bogota Football Bucs hosted the Becton Wildcats at Fiegel Field. For the second game in a row the Bogota defense allowed the opponent to score an each series in the first half. The game started with the Bucs having to punt after its first possession. Becton then marched down the field for the opening score. This as repeated for the next series by both teams with the Wildcats Nick Monahan scoring both times.  Bogota appeared to cut the lead in half with an Andrew Miller touchdown run, but was called back on a penalty. Later in the same drive Mr. Miller would throw an interaction to Becton's  Michael Renta. Again Nick Monahan would end up scoring for the Wildcat.  The inability of the Bogota defense to finish tackles, combined the Bucs offense to never be allowed to have the time to for their plays to develop allowed Becton take a 34-0 lead into the half.
In the second half both teams with Andrew Miller scoring the only points for Bogota in a 41-8 loss.
Bogota's record is now 0-4. They next play on Friday 6-October at Park Ridge with a kick-off scheduled for 7:00p. 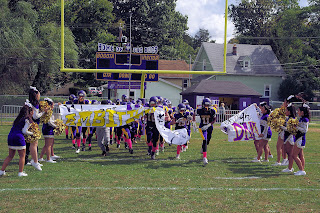 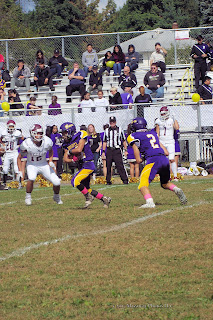 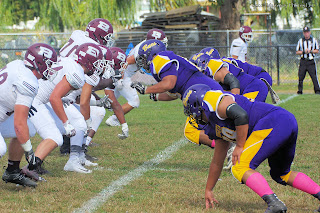 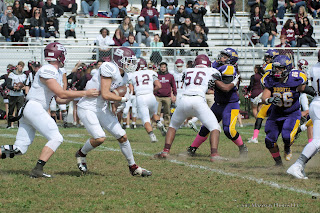 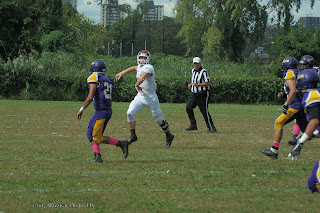 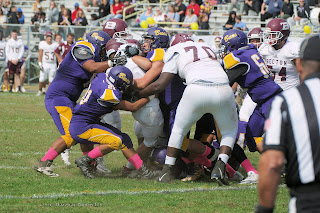 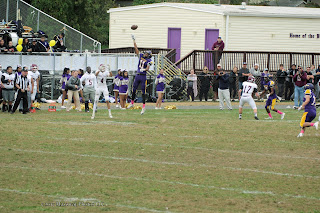 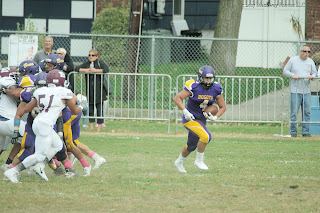 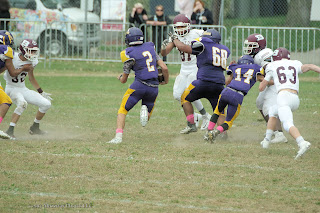 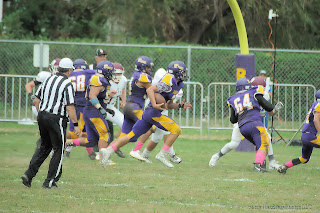 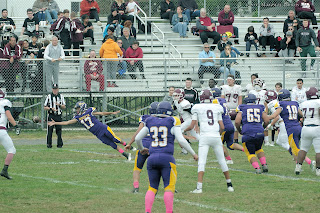 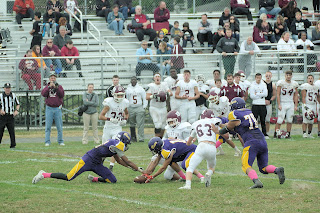 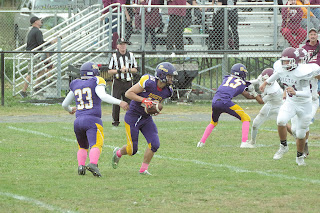 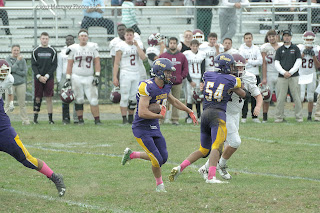 
please contribute what you can by using the  donation button  at the top right of the page.)