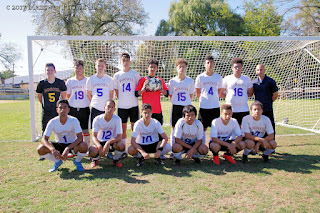 The Bogota Football Bucs traveled to Park Ridge for a Friday Night game. This was another game where  the Bogota  Defense allowed the opposition to  record a major score on their first three possession. The Bogota Offence had some improvement with allowing  Quarterback Andrew Miller a better opportunity to have the the time to set-up some plays. On one of their scoring drives,  Mr. Miller was able to connect with Jason Nunez for their only Touchdown of the first half.
After the restart the Bogota tackling issues reappeared on a 87 yard return of the second half kick-off. Even have the Owl's Zachary Lewis pinned near the sideline, he was able to escape and run for his third Touchdown of the game.
Mr. Miller would score on a one yard run in the final Quarter to make the final score 12-56. Bogota's record is now 0-5. They have an off week on 14-October with their next game at home at Feigel Field against Wallington. Kick-off is scheduled for 1:00p 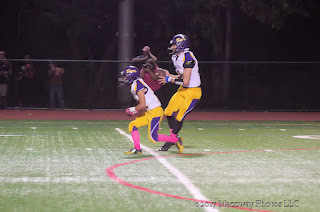 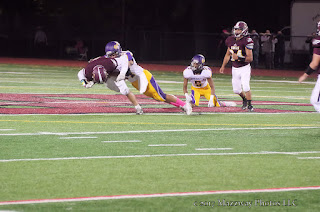 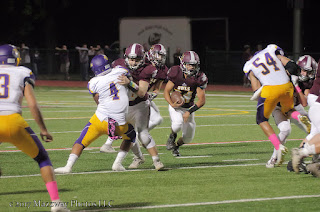 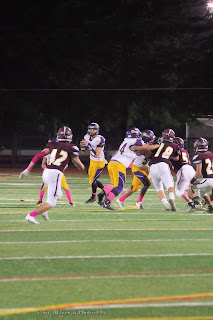 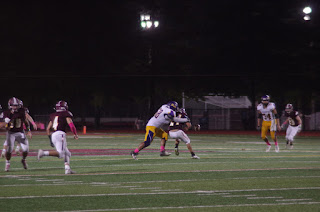 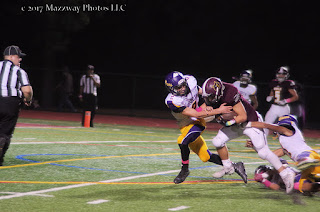 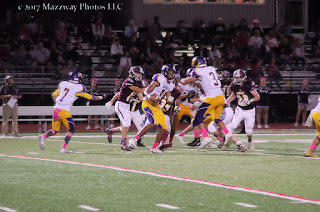 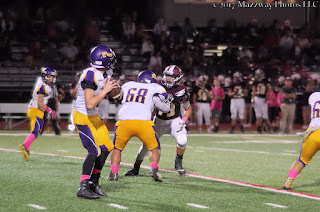 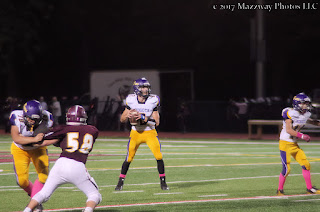 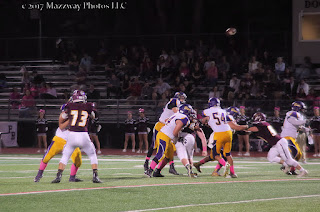 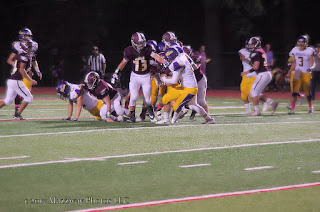