On Thursday-16-May the Bogota Borough Council held its second meeting for the month of May.  After the first round of Public Comments the Council listened to two presentations.  The first was by Jeffrey Schlecht  from RSC Architects. This was so that the Council could hear about the first ideas of replacing the Central Ave. Firehouse, which is used by Bogota Hose Co. #2.  The original building at this located was first built in 1886, making it older than the Borough itself.  It was expanded and enlarged to turn it into a Firehouse. Earlier this year an explosion of the boiler which has caused the lost of heat and hot water. It is currently as a garage the Hose #2 pumper. At the end of the Summer the building will be closed and the truck moved to a heated garage.
Mr. Schlecht present a draft proposal  that would be built on the existing lot of the West Shore Firehouse. One plan is to build a firehouse that will accommodate both the Hose #2 pumper and Engine Co #3 vehicle.  There would also be space for other vehicles owned by the Fire Dept. Included in the design. The thought is to sell the building & land at the Central Ave location, and build a new Fire House at West Shore Ave and Cypress. The equipment would be house at the Bogota DPW garage until at the new building is opened.  The West Shore location would serve the Eastern part of the Bogota, while the W. Broad St Firehouse is used for the western part of the Borough. The West Shore Firehouse is still within the range of desired response time for Bogota. It would also be a benefit to assisting Ridgefield Park.  The W. Broad St Firehouse is used to support Teaneck.
Mr. Schlecht gave an estimate of a move in date of  late 2022 if the new firehouse was approved by the end of this year. The need of a new firehouse was also talked about in the replacement  of Hose #2 pumper truck. A new truck was included in the General Bond that the Borough approved last year. Bur the funds to go to purchase  a new pumper was voted down, also last year.  It was stated at if a new firehouse was built then a cost of a new vehicle for Hose #2 will be reduced because it could be a standard size truck. Because of the size of the Central Ave Firehouse a special order  truck would have needed to be purchased. This was the first public discussion of this idea and more meeting and budgeting will be held in the future.
Next to presentation to be made was by Jon Stein of River Club Urban Renewal. Mr. Stein is the developer of the River Club Bogota being constructed along W. Ft.Lee rd. One par of his discussion was to allow his company to separate the main River Club complex for the old Hess garage across the street. It is currently being used as a field office  for River Club with no set plans for redevelopment.  This is being asked to done for financial reason. Mr.Stein was also asked to provided an update on the Apartment being built. He said that the first building started was Building #5  which is closest to W. Ft. Lee rd. This will be main building for River Club and will have a pool and other amenities for the resident of the development. This will also house the retail space  on its first floor with the four top floors for apartments. The council was told the first floor of  building #5 has been finished and work on the residential floors has begun. The schedule is to have building #5 to available for tenets in April of 2020. When the building is issued its Certificate of Occupancy ahead of this date then, the first major payment to the Borough of the Community Enhancement agreement will  be made. This payment will be about $650,000 and will be the third installment of the $3 million Community Enhancement fund to be made to the Borough. Mr. Stein continued by saying that Building #1’s foundation is under way and Building #2  will soon be ready for its foundation to start.
There was no firm date of completed of the entire project , but Mr. Stein said that will be available to appear before the Council for more update.
All items on the consent agenda were passed . Along with discussion of amending a Borough Code dealing with housing and vacant lots.
The  next Bogota Borough Council will be held on Thursday-6-June. This will be a regular Council meeting  and work session starting at 7:30p. This will be held in the Council Chambers located on the second floor  of 375 Larch Ave. Bogota NJ   This meeting is open to the public. 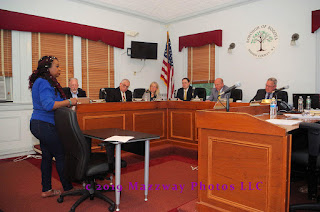 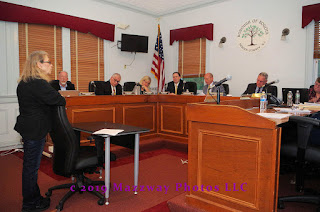 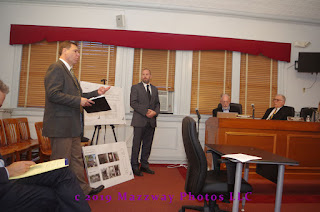 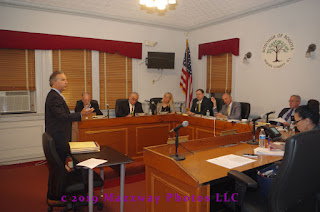 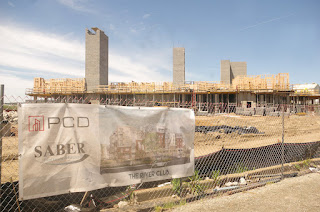