6-May-2019
Results from the varsity Games played on Friday-3-May.
The Lady Bucs Softball team would travel to Rutherford, NJ  to play the St. Mary's Lady Gaels. St. Mary's would take a 2-0 lead after one inning. Bogota would score 4 times in the second and take a brief lead. The Lady Gaels would tie the game in their half the inning.   The next inning would in see the Lady Bucs take a lead, but this time St. Mary's would score one extra run and have a 7-6 lead after three innings. Bogota again would take a lead and half an 8-7 advantage after four innings.  In their next time at the plate St. Mary's would take control of the game by scoring 6 in the fifth, and 5 more in the sixth innings and go on to win 18-8.
Bogota's record is now 7-8. Their next game is scheduled game is on Wednesday-8-May against Emerson. This will be played at Lady Buc field in Olsen Park, with the first pitch at 4:00p. 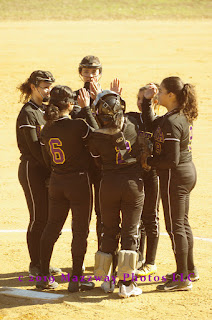 The Men's Baseball Bucs traveled to  North Haledon, NJ  to play Eastern Christian Eagles. Bogota would score the first run of the game with their opening at bat. The Eagles would then post an 8 run second inning and go on to win the game 11-5.  Louis Batelli and Daniel Bautista would have game highs with 3 Runs Batted In  apiece.  Jose Marte would lead Bogota with 2 RBI's. Mr Marte and Jake Marino for Bogota and Daniel Bautista of Eastern Christian would hit 2 Doubles.  The Eagles' Rylan Dewaalmalefyt would lead all base runners with three Stolen Bases. Christian Deblock for Eastern Christians Strike out 4 in the win. While starter Ethan Brugger and then  Argenis Soriano struck out one apiece.
Bogota's record is now 6-9. They next play on Monday-6-May at Hawthorne Christian Academy. This is scheduled to have the first pitch at 4:00p. 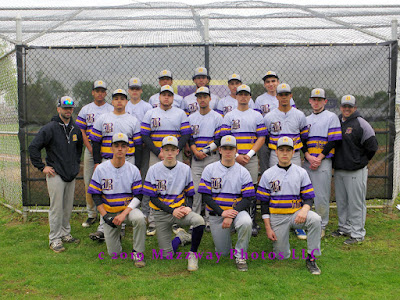