Recap of  the Ridgefield Park Varsity Sports from Wednesday-19-May.
The Ridgefield Park Lady Scarlets traveled to Paramus to play the Lady Spartans. Paramus   would win the game by the score of 15-3. Ridgefield Park's record is now 2-15.
The Lady Scarlets were led by Jennifer Bemke 2 Runs Batted In. Ava Capurso and Raquel Mosso both had Doubles.
Paramus' Bryana Martinez had a game high of 3 Runs Batted In.  Ms. Martinez also hit two Doubles. Riley Bopp  recorded a Triple.
They next play on Friday-21-May, when they host Ft. Lee. This will be played at the Softball Field in Biggs Stadium. The first pitch is scheduled for 4:00p
The Baseball Scarlets hosted to Mahwah at the Baseball Field in Biggs Stadium. This was the was the second half of a Home and Home series against the Thunderbirds. Mahwah won the first game on Monday 12-1.
This game started with the Scarlets taking a 1-0 lead in the bottom of the first inning.  Richard Martinez would reach Third base with a Triple. He would be driven in by Michael Buda.  The Thunderbirds would tie the game in the top of the third inning by scoring Aidan Teel.  Ridgefield Park  regained the lead in the bottom of the same inning with a 2 Runs Batted in by Jol DeLa Cruz. Mahwah would cut the lead in half  in the fifth inning.  The Scarlets would hold on for the win by a score of 3-2. Their record is now 3-11.
The Scarlets' Andre Lekgjonaj would get the win and throw 5 Strike Outs. Sam Aguilar came in, in relief and had 2 Strikes.  Richie Martinez hit a Double  and a Triple. Jol DeLa Cruz had a game high with 2 Runs Batted In.
Mahwah's  starting pitcher Chirs Maley threw 1 Strike-Out in 2 1/3 innings.  Daniel McClanahan record 3 Strike-Out in releif.  Tyler Kittle had one RBI and a Triple.
They next play on Friday-21-May at River Dell.  The first pitch is scheduled for 4:00p
Select photos from the Bogota Blog NJ collection of Ridgefield Park Sports are now available for purchase.
These may be order from the Bogota Blog NJ Zenfolio store at:  Bogotablognj/ Ridgefield Park Sports
( To help support Bogota Blog NJ with it's coverage of Local stories & sports
please contribute at: donate to Bogota Blog NJ )
file photos 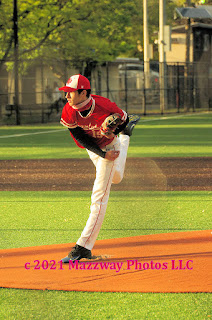 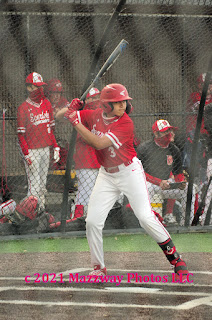 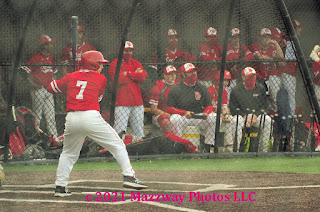 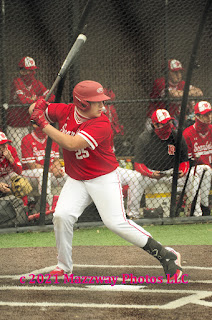