13-May-2021
On Thursday-13-May the Borough of Bogota dedicated  Second Pl. as Pat Schuber Place in honour of the former Bogota Mayor William “Pat” Schuber marking the 40th Anniversary of his being elected to the office of Mayor of Bogota in 1981. Mr. Schuber childhood home was on Second Pl and graduated from of the former  Public School #2 ( later called Dewey School). He is a an Alumni of Bogota High School Class of ‘65. Then he earned degrees from Fordham University.
First elected to the Bogota Borough Council, and won a four year term as Mayor of Bogota.  Mr. Schuber would then serve 9 years in the New Jersey Assembly for the 38th District.  This was followed by serving three years as the Bergen County Executive. He is currently  a senior lecturer on the faculty of Fairleigh Dickinson University.
At a Bogota Borough Council meeting Borough Administrator Mr. Joseph Scarpa proposed the re-naming to coincide with the paving of Second Pl.  This was quickly was adopted by the members of Council by unanimous vote.  The ceremony  took place at the corner of Second Pl. and Fourth Pl over looking the site of the former Public School #2. It is also in view of the house Mr. Schuber  grew up in.
The event started with Mr. Scarpa welcoming the Family and Friends of Pat Schuber who were on hand to share this honour.  Next Bogota Mayor Chris Kelemen gave an account of Mr. Schuber political career and his serve to the State of New Jersey, along with the Borough of Bogota.  Then Mayor Kelemen read the proclamation  announcing Thursday-13-May-2021 as William “Pat” Schuber day.
Finally Mr. Schuber addressed those in attendance  and thanked them for coming.  He took the time to introduce his Family, then former and current colleagues. He expressed his graduated  all members of the Borough starting with the Mayor and Council. He included the members of the Bogota Department of Public Works, the Bogota Police Department and all the public employee of the Borough.
The Mr. Schuber pulled the covering off the new street sign reading  “Pat Schuber Place” above the regular street  signs. This was followed by Mr. Scarpa presenting his with a replica of the new sign.
The rest of the morning was spent taking with old acquaintance and posing for photos below the new signage.
( To help  support Bogota Blog NJ with it's coverage of Local stories & sports
please contribute  at: donate to Bogota Blog NJ ) 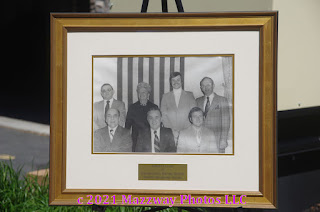 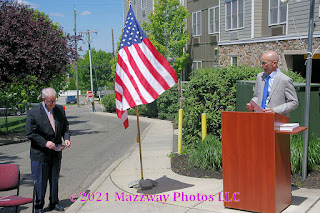 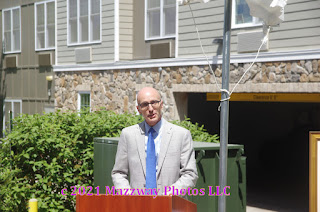 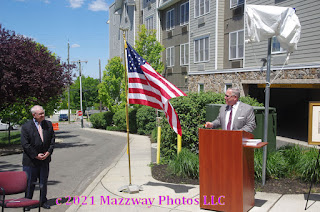 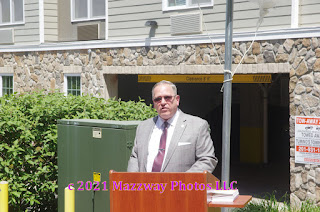 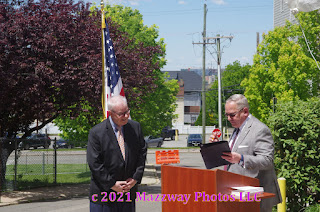 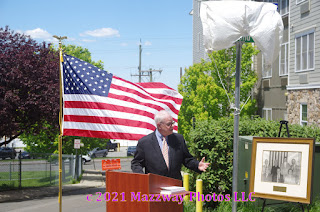 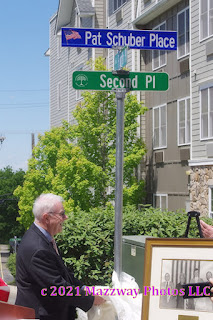 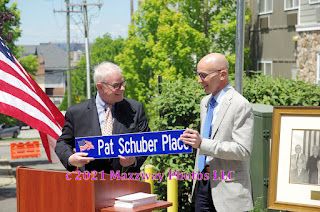 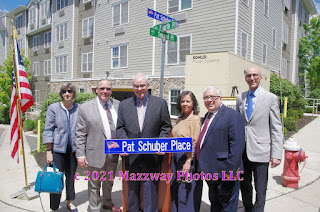 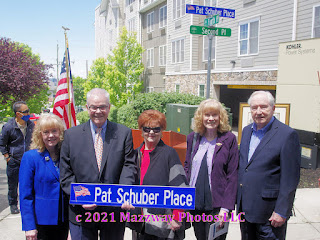 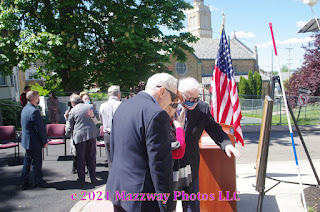 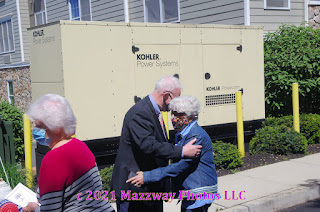