11-September-2021
On Saturday-11 September the Bogota Football Bucs opened their 2021 season, in defense of their 2020 Union Division Championship. This was also the home opener as they welcomed the North Arlington Vikings to Feigel Field.  Prior to the start of the game  the Colour Guard of the Bogota Police and Fire Departments presented the American flag at the 50 yard line for the National Anthem. Members of the North Arlington football team  held 213 American flags to remember the service who died in Afghanistan while guard the airport there. The Bogota Marching Buccaneer Band then led in the playing of the Star-Spangled Banner. This was followed by a moment of silence to remember the event of 20 years ago.
Next Bogota Alumni Mr. Rafael Cruz BHS Class of 2002 and former US Marine Sergeant who served in  Afghanistan, took part in the opening coin flip.
The game started with North Arlington receiving the opening kick off. The Vikings would move down the field and score the first Touchdown of the game when Dylan McDermott score from 3 yards out. The extra point was missed and North Arlington had a 6-0 lead. On Bogota’s first possession they also drove the length of the field. The drive end when Vance Mixon snuck into the end zone for the major score and the game was tied at six, when the extra point was missed. The Bogota Defense held and force the Vikings to punt. Bogota would then move into North Arlington for a second time. Mr. Mixon  would then keep the ball in his own hands and score again. This time it would be a 44 yard run to give the Bucs their first lead of the game. They would fail in a two point attempt, but still led at the end of the first quarter by the score of 12-6.
The second 12 minutes  would only have on touchdown score. North Arlington was deep in their own half of the field when Quarterback  Devin Rival would go back for a pass. He was sacked by the Bogota Defense which caused a fumble. Viking players was able to recover the ball and pick up first down yardage. North Arlington then sat at the Bogota two yard line and a first down. The Bucs held for the first three down. On Fourth and goal Mr. Rivas  throw the ball into the endzone. After it was batted around by players on both teams the ball found its way into the hands of North Arlington’s Ian Crudele. Mr Crudele was able to maintain control and keep his feet in bounds for the touchdown. When the extra point was missed the game was again tied at 12 apiece. This would stay the score going into Halftime.
After the restart the Bucs would get first possession.  Between the Vikings defense and Bogota penalties the Bucs were backed up deep in their own territory.  A combination of time passing and running the Bucs were again on the verge of scoring. Vance Mixon would score his third touchdown of the game from 3 yards out. When Mr. Mixon connected with Gabriel Nunez for a two point conversion Bogota had a 20-14 advantage that lasted until three quarter time.
In the final quarter the Bucs would get two interception from Gabriel Nunez that became the start of scoring drives. The first would see Mr. Nunez score from 30 yards out. The second would end in a 5 yard run from Mathew Levesque. Both major scores were enhanced by Andreas Cabrera kicking the extra point. The Bogota defense would keep North Arlington from mounting any more scoring attempts for a 34-12 win.
Bogota’s record is now 1-0. They next play on Friday-17-September at Weehawken. Kick off is scheduled for 7:00p.
Select photos from the Bogota Blog NJ collection of  Bogota  sports are
available at  Bogota Blog NJ Zenfolio store at: Bogota Blog NJ/Bogota Sports
( To help  support Bogota Blog NJ with its coverage of Local stories & sports 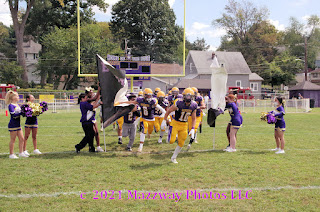 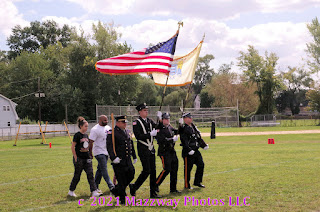 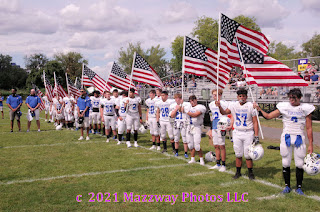 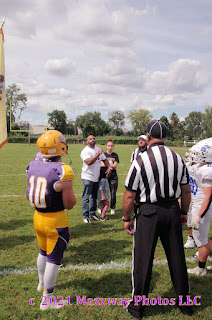 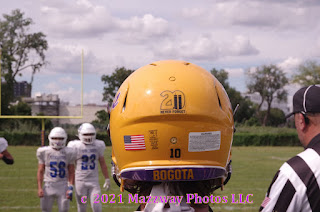 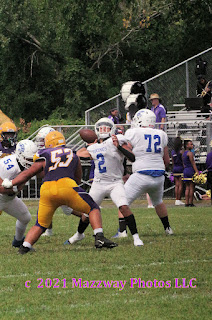 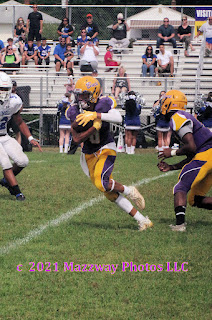 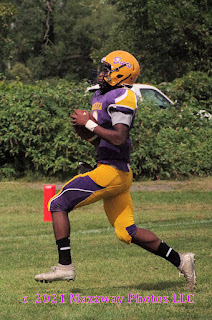 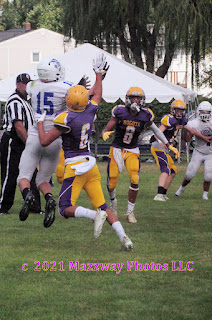 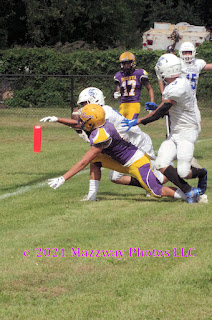 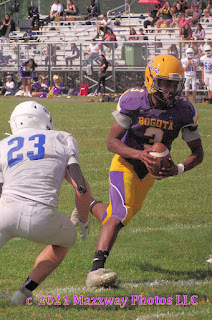 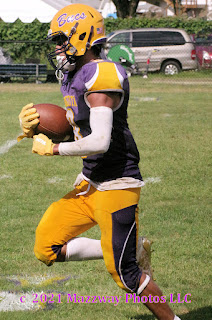 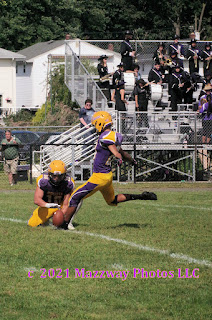 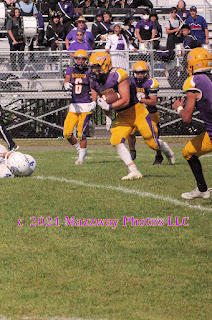