4-August-2021
On Friday-3-September the Ridgefield Park Scarlet Football team opened their 2021 season hosting the Bergenfield Bears. This was the home opener and played in Biggs Stadium. The only effect of the heavy rain storm on Wednesday was the main Scoreboard was inoperable.
This season Ridgefield Park will play in the realigned Super Football Conference National Blue division.  They will be joined by former American Red divisions opponents Westwood, Ramsey  and Mahwah.  Teams from Lakeland, Passaic Valley, and West Milford will also be added to the National Blue division.
The first big play of the first 12 minutes was  the Scarlet Defense recovering of a fumble when Bergenfield was moving closer to the Ridgefield Park end zone. On the first play after the turnover Scarlet Quarterback  Brevin Cooney threw a long pass down the right side to Jalexin Pimentel. Mr. Pimentel would gather in the ball and outrun the defenders for the major score. The extra point would be unsuccessful and the Scarlets would hold a 6-0 lead. The quater would end with Ridgfield Park holding that same advantage. The second quater would also have one touchdown as the Bears' Andy DeLeon score on a short run to tie the game at 6.  This extra point would also be missed leaving the game tied going to half by 6-6 score.
After the re-start the game ,would slow down due to the number of penalties comment be both teams. A failed Bergenfield punt attempt saw Ridgefield Park start a drive deep in the Bears end of the field. Scarlet's could not capitalized on the opportunity, but would limit  Bergenfield's offense and Ridgefield Park would again started a series in the Bergenfield's end of the field. Brevin Cooney would find Andrew Vargas near the goal line and with the catch and lean forward Ridgefield Park would regain the lead. With the extra point kick going through the uprights the game would now have a score of 13-6 in favor of the home team.
The final 12 minutes had one long gain play which put the Scarlet's offense within a few yards of scoring. Tyler Colon would then force his way into the end zone for the third Ridgefield Park Touchdown of the evening.  The Scarlets would go for a two point conversion  to widen their lead. Brevin Cooney would look to throw right,  but be forced to scramble to his left and then dive  inside the pylon to complete the play. This would give Ridgefield Park a 21-6 lead, and endup being the game's final score.
Ridgefield Park's record is now 1-0 they next play on  Friday-10 September when the travel to Westwood. The kick-off is scheduled for 7:00p
Select photos from the Bogota Blog NJ collection of Ridgefield Park Sports are now available for purchase.
These may be order from the Bogota Blog NJ Zenfolio store at:  Bogotablognj/ Ridgefield Park Sports
( To help support Bogota Blog NJ with it's coverage of Local stories & sports
please contribute at: donate to Bogota Blog NJ ) 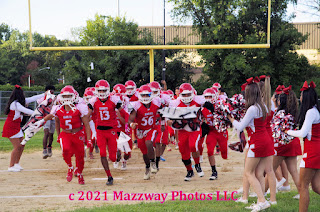 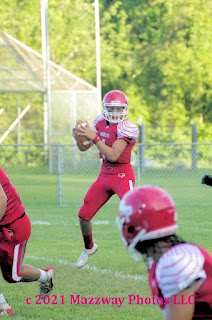 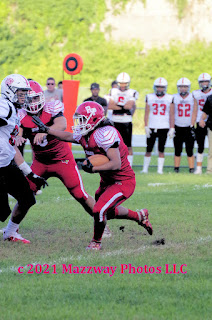 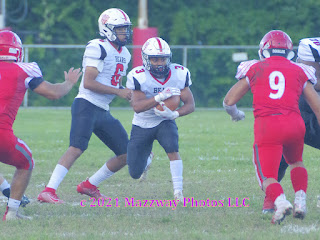 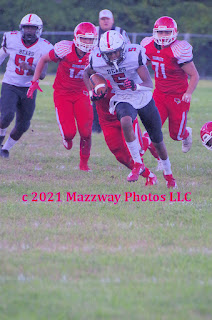 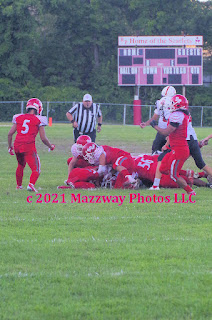 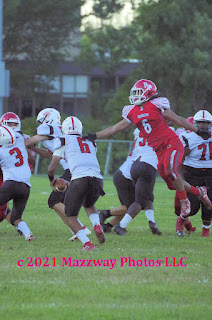 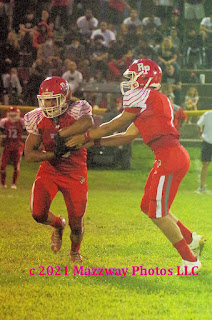 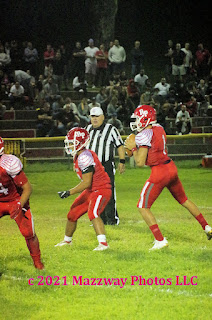 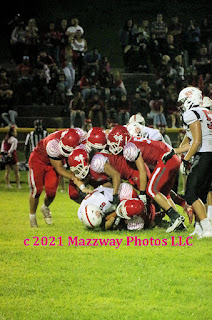 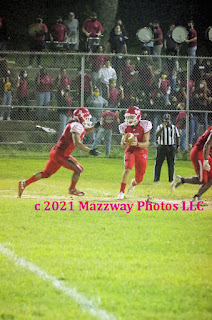 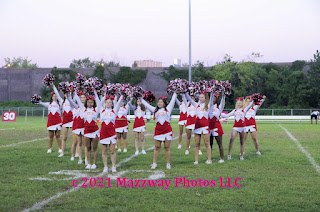 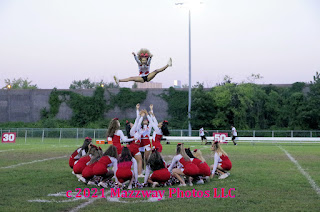