18-September-2021
Results from the games played by Varsity teams from Bogota on Friday-17-September.
The Bogota Lady Bucs Volleyball team traveled to Hawthorne Christian Academy to play the Lady Defenders.  Bogota would win the match 2-0 ( 25-5: 25-11).
Ashanna Caviness had a match high with 11 Kills. Also have match highs were Mia Pimentel with 21 Assists. Jenelly Jimenez  recorded 5 Digs, along with 10 Service Points. Helena Tobin also recorded 10 Service Points. Brianna Mejia hit 6 Aces.
Bogota’s record is now 4-1. They next play on Saturday-18-September at the Bloomfield Tournament with the first match starting at 9:00a
The Bogota Football Bucs traveled to Weehawken to play the Indians.  Weehawken would win the coin toss and elect to receive. On the ensuing kick-off the Indians returner could not control the ball and allowed it to roll on the field.  Bogota would find the ball first and start their first possession deep in Weehawken territory. Soon Gabriel Nunez would dive into the end-zone from the two yard line and put the Bucs on the board first. Andreas Cabrera would convert the extra point to give Bogota an early 7-0 lead.
On their second time on offense the Bucs moved down the field heading towards the Indians goal-line. Vance Mixon would find Gabriel Nunez along the right side of the end-zone. Mr. Nunez would pull the ball in for the second major score of the quarter.  Another Andreas Cabrera kick would double the Bucs lead to 14-0.  On Bogota’s third trip towards the Weehawken goal line Vance Mixon finish the drive on a 5 yard run. With  Mr. Cabrera kicking his third extra point of the night Bogota held a 21-0 lead as the first 12 minutes came to an end. The half-time would see the same numbers on the scoreboard displaying the Bogota lead.
The second half began with the Indians performing, and recovering an on-sides kick.  Weehawken continued to move on offense getting within the Bogota 30 yard line. The Bucs would force a fumble and Alan Heras would drop on the loose ball for the turnover. This quarter would also end scoreless and Bogota kept their 21-0 lead at the three quarter mark of the game.
The fourth quarter had Weehawken only two yards away from scoring.  When the Indians  were stopped on a third and goal, Bogota would be assessed an unsportsmanlike conduct penalty. This would give the Indians a fresh set of downs and ball placement at the one yard line.   The home would be called for their own penalty and move back 5 yards. On the next play from scrimmage  Bogota would cause another fumble, and the Bucs’ Brain Cotes  recovered it for his team.
Bogota would then slowly move down the field running out the clock and coming away with a 21-0 win. Bogota’s record is now 2-0 .
They next play on Saturday-25-September when they host Saddle Brook. This will be held at Feigel Field and have a 1:00p kick-off.
Select photos from the Bogota Blog NJ collection of  Bogota  sports are
available at  Bogota Blog NJ Zenfolio store at: Bogota Blog NJ/Bogota Sports
( To help  support Bogota Blog NJ with its coverage of Local stories & sports 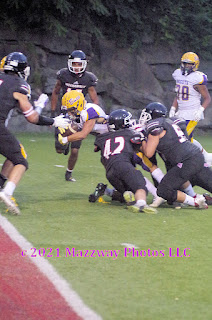 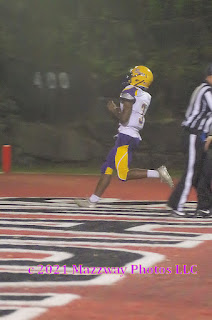 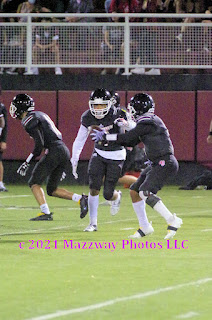 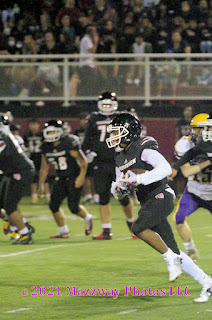 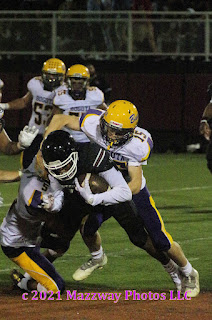 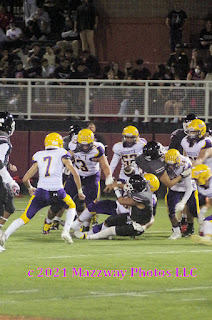 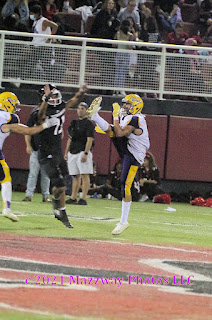 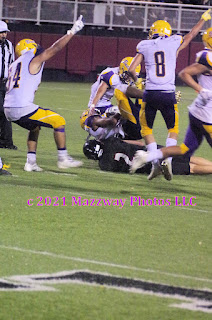 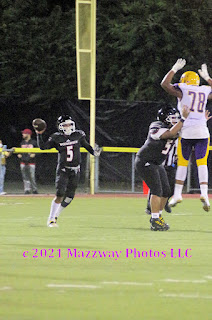 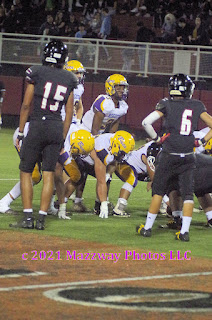