25-September-2021
On Saturday-25-September the Bogota Football Bucs took on the Saddle Brook Falcons for a home game at Fiegel Field. Before the start of the game the Bogota Athletic Department held a ceremony to remember former Bogota Teacher, and long time  announcer at Fiegel Field Mr. Les Brown.  Mr. Brown passed away this past August.  His family were joined at mid field by Bogota  Head Coach Brian Appleton, and Athletic Director Mr. Pat Clark to remember "LB".  Coach Appleton then presented Mrs. LB the plaque that will be added to the Fiegel Field Press Box. This is engraved with his words.  " Welcome to Feigel Field. Home of the Bucs" that LB used to start each  High School Football game. The Players also wore LB on the back of their helmets.
The game started with Bogota receiving the kick-off.  They took the opening drive deep into  the Falcon's end of the field. When the offense was stopped the Bucs' Place Kicker Andreas Cabrera hit a 32 yard Field Goal and give Bogota a 3-0 lead.  The Bogota Defense held their opponent from scoring and would get their second chance on offense of the game. This time they used a 33 Touchdown Run from Vance Mixon to record the first Touchdown of the game, and with a successful extra point Bogota would have a 10-0 advantage.
The Bucs would again drive into Saddle Brook area at the end of the first quarter, the score would read Bogota 10 Saddle Brook 0. Early in the second 12 minutes Bogota's Quarterback Vance Mixon connected with Siffredo Gonzalez for another Major Score, and with another extra point the Bus had a 17-0 lead.  Saddle Brook found the plays to run on the Bogota defense and moved down the field.  The Falcons' Greg Drelich finished the drive with a 28 Touchdown run and put his team on the board. They would add a 2- Point Conversion with Joey Nudo making the score 17-8 in favor of the home team. This would be the first points given up by bogota in over 7 quarters of playing time. The half would end  with Bogota still with a 17-8 lead.
After the restart Saddle Brook would get the ball first and move to the Bogota one yard line and the Falcons' Nick Ciolino would score on a 1 yard dive. With another 2- Point Conversion by Joey Nudo the score was moved to a one point difference 17-16  On the ensuing kick-off  the Bucs' Gabriel Nunez  would catch the ball on his 15 Yard line. He then ran to the left side of the field and ended with a 85 Touchdown run.  Andreas Cabrera hit his third Extra Point of the afternoon to put Bogota ahead for good 24-16.
Saddle Brook still threaten the lead two more times, but the Bucs defense would hold off the Visitors  and protect a 26-16 win for the Bucs. This moves Bogota record to 3-0. The next play on Friday-8-October when they travel to Elmwood Park. The kick-off is scheduled for 7:00p.
Select photos from the Bogota Blog NJ collection of  Bogota  sports are
available at  Bogota Blog NJ Zenfolio store at: Bogota Blog NJ/Bogota Sports
( To help  support Bogota Blog NJ with its coverage of Local stories & sports 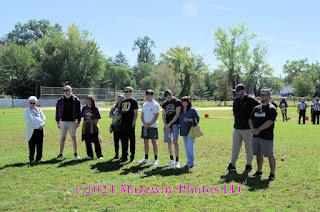 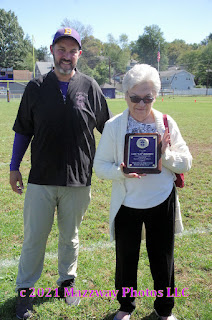 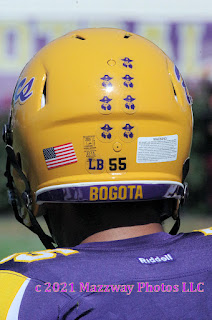 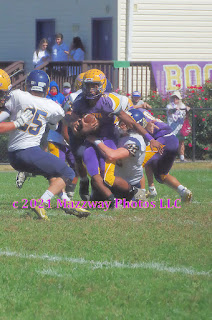 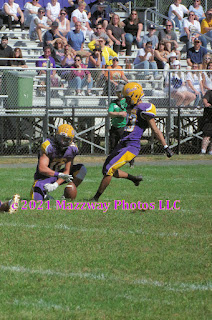 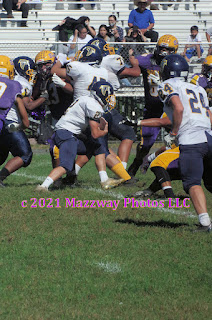 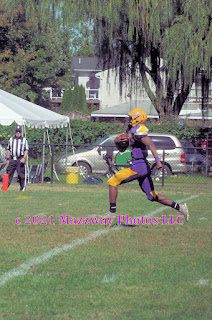 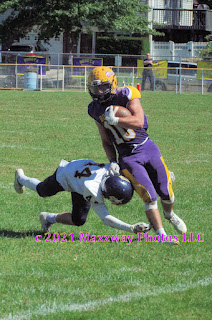 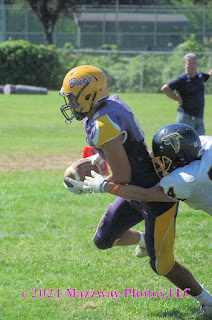 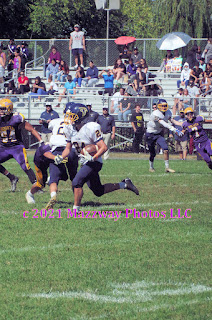 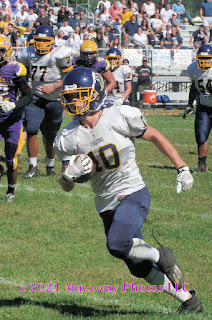 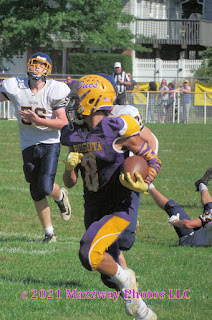 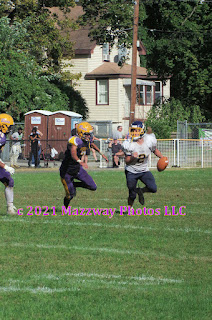 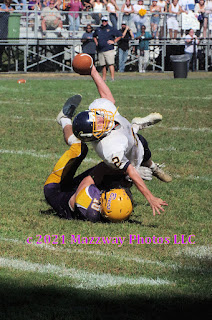