11-September-2021
Results of games played by Varsity team from Bogota on Friday-10-September.
The Bogota Lady Bucs Volleyball team hosted the Palisades Park Lady Tigers at Speary Gym. Bogota would have the opening serve and account for the first three points.  The two teams would trade points with the Lady Tigers closing the gap to two points. The Lady Bucs would then go on a 13 point scoring run and win the set by a score of 25-6.
Palisades Park would begin the second set by serving, but Bogota would win back the ball.
The Lady Bucs opened an eight point lead and ended up win the set by a score of 25-6, and the match  2-0. Bogota's record is now 1-1.
Ashanna Caviness had 8 Kills, Angelina Buhler scored 5 Digs, Mia Pimental had 10 Assists. with Gyanna Hernandez accounting for 15 Service Points including 10 Aces.
They next play on 11-September at the Clifton Tournament with the matches starting at 9:00a.
The Bogota Men's Soccer Bucs opened their season at home on Zakrzewski Field against the Saddle River Day School Rebels.  Both teams would play an aggressive game focusing on the offense. The teams traded chance through- out the first half.  Nearing the 32 minute of the first half Bogota would be given a free kick  mid-way into the Saddle River side of the field. Bogota's Shawn Tarquino shot would be on target, and saved. But the goalkeeper could not control the rebound. The loose ball was then put into the net by Cristian Perez to give the Bucs a 1-0 lead. The first half ended with a 1-0 Bogota lead.
After the restart the Bogota forwards put more pressure on the Rebels defense and would score twice in the first 15 minutes of the second half. The Bucs' Ricardo Santana push the ball pass the goaltender from just inside the penalty area. Then Shawn Tarquino got his second goal of the afternoon on a long shot from the left side.
Saddle River tried to respond earning a couple of corner kicks, only to have clear by the Bogota defense.  As the time was starting to expire  Bogota took a corner kick from the left side. Edwin Suquinagua would cap the game  off with the fourth goal of the day just before the final whistle. Bogota would come away with a 4-0 win. The Bucs record is now 1-0. Golatenders Anthony Zuniga and Eddy Marte combined for the shut-out.
Bogota next plays on Monday -13-September against Park Ridge. This will be held on  Zakrzewski Field in Olsen Park, with the kick off schedule for 4:00p 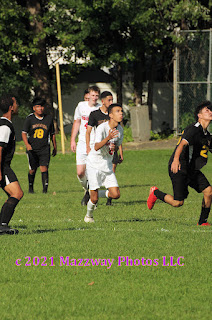 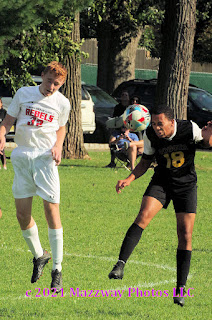 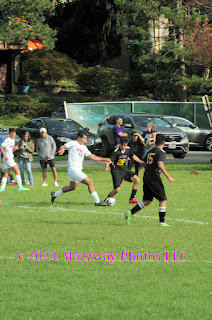 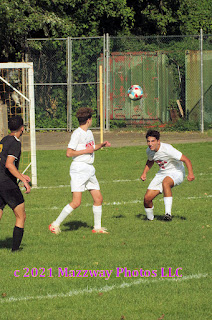 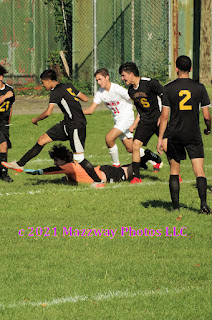 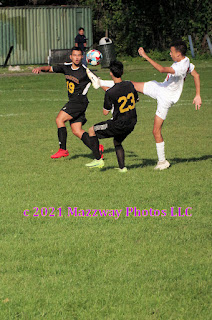 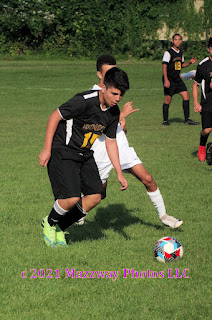 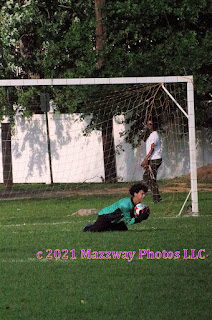 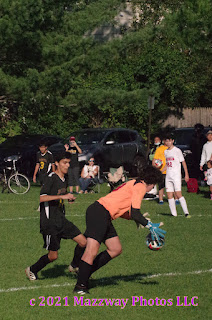 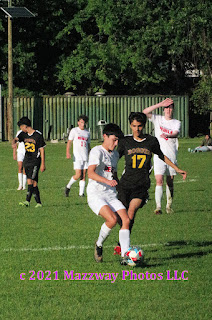 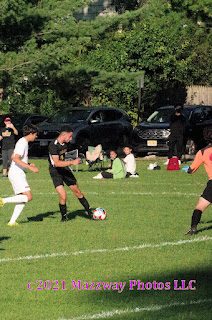 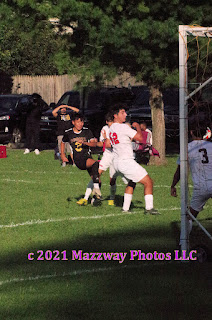