27-September-2021
On Monday -27-September the Albert Graf bridge was reopened to traffic. The 82 year old bridge that connects East and West Main St. in Bogota was closed in order to re pave the road deck.  The work was originally schedule to start on the last week in August, but due to weather alert from Hurricane Ida, the beginning was push back to Monday-13-September.  After the asphalt surface was removed and a number of section of the concrete were opened it was discovered that more work on the reinforcement steel (re-bar) was in need of replacing, or fixing. The super-structure and support system of the bridge is in safe working order and does not to addressed during this time.
The decision was made to fully close the bridge to all vehicular traffic and one week was added to work schedule.  At least one pedestrian sidewalk remained open for the entire project.  When the re-bar was uncovered, a number of sections that were inadequate, were either replaced or repaired. The both the new, and existing, material were covered in epoxy resin to provide protection from possibly water damage. The opening were then filled with a concrete  of 4000 Pounds per Square Inch (PSI) which is rated for high volume traffic. A standard sidewalk is 2500 psi.  and needs a drying time of several days to cure. With the heavy rains of Thursday-23-September yet another delay was added to the project.  The warmer, dryer weather on the weekend gave the workers the opportunity to start the repaving portion on Monday-27- September.
On Monday work crews began the day installing a weatherproof reinforced rubberized membrane over the entire bridge deck surface. With this underlayment, in conjunction of the epoxy cover on the re-bar, there will be a reduction  of possible water damage which should allow the road surface to withstand the harsh weather conditions of the Northeast.  This should also reduce the frequency of potholes forming on the bridge deck. Next a 3 inch thick asphalt pavement was then laid down, and rolled smooth, and allowed to set.  Temporary traffic lines were added to the roadway so that the bridge could be reopened for traffic early Monday evening.
A supervisor from the construction company informed Bogota Blog NJ that with needed repairs to the Graf bridge would normally take approximately a month and a half.  When the bridge was allowed to closed full time, and a Saturday work day was approved the time frame was reduced to just over two weeks. Partially because of the in-climate weather that delayed the paving process. There is still a need for the asphalt fully cure (but still can be driven on)  and to then add a sealer coat and the painting of traffic lines.
This project was only for the bridge structure itself. The part on E. Main St from the bridge to Palisade Ave is scheduled to be a separate contract that is part of the paving plan from the Teaneck border to the William Ryan bridge. No start time has been announced for that project.
( To help support Bogota Blog NJ with it's coverage of Local stories & sports
please contribute at: donate to Bogota Blog NJ) 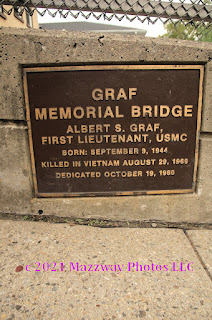 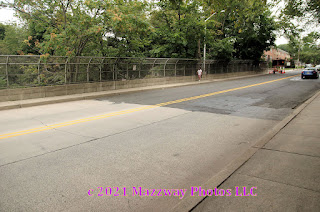 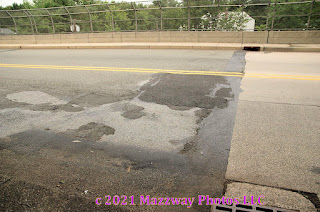 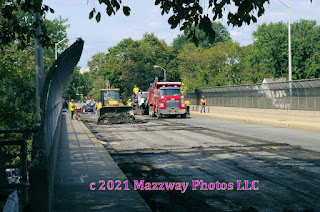 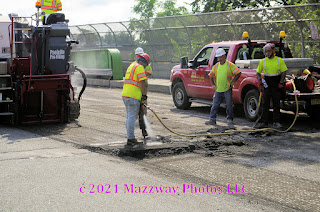 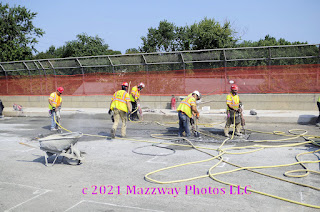 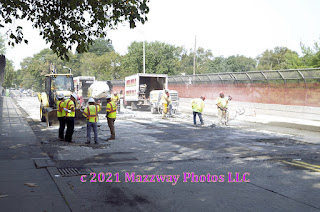 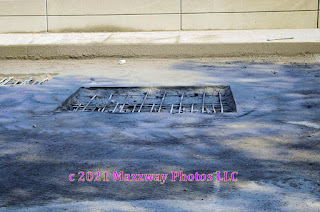 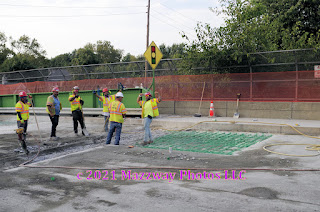 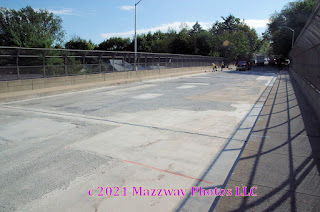 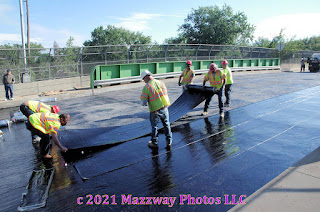 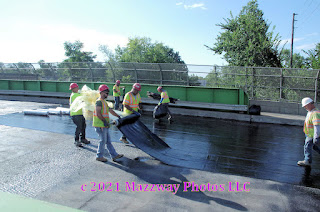 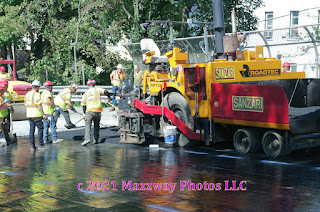 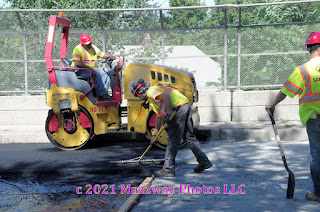 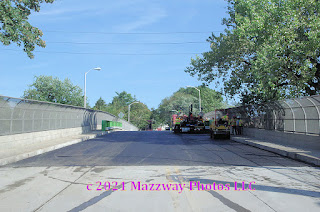 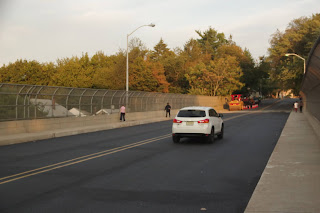 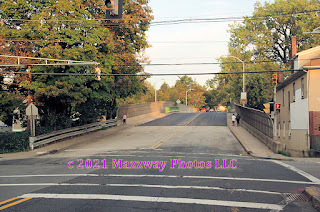