17-December-2019
On Monday-16- December Bixby School held their Winter Concert for 2019.  The program started with the instrumental school bands under the Direction of Mr. Michael Webb.  First to perform was the Third Grade Percussion Ensemble.  They play “Let’s Go Percussion” which was arranged by Mr. Webb. Next to perform was the Bixby Orchestra. This was a Violin trio which played “ Jenny Lind Polka” and “ Cripple Creek”. They were followed by the Beginner Band featuring two tunes. The first to be played was “4th Grade Rock” then “Centurion”  Then final instrumental performances was by the Advanced Band. Their two selection were “Mary Ann” with a finale of  “Gladiators”.
After  a brief intermission the 5th and 6st Grade Chorus took to the stage.  Under the Direction of Ms. Ariana Dellosa hey would perform a total of three songs as a full Choir. These were “Antiphonal Noel” and “Season of Peace” featuring solos by Eleanor Macasieb and Hussain Salam. During the second number the lights in the Bixby gym were turned off with the lighting being provided by the performers themselves.  Each chorus held their own candle that produced a warm glow as they sang. The concert ended the evening with “ No Time to Diet”
Before this final song, members of the Honour Choir were joined by a few members of the High School Choir to sing “Christmastime”. The combined Choir was Directed by High School Choir Master Andrea Lynch, and accompanied by Ms. Dellosa on Keyboard. The Honour Choir from Bixby and the Honour Choir from Steen joined with the Bogota High School Chorus for a special performance at the High School’s Winter Concert on Thursday-12-December. 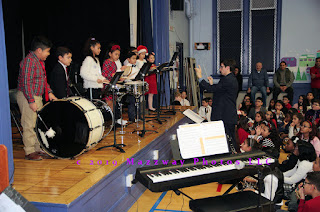 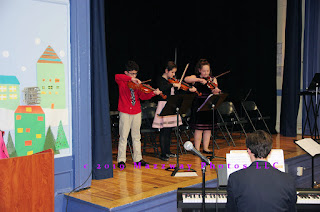 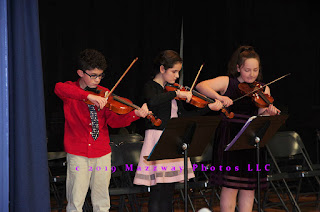 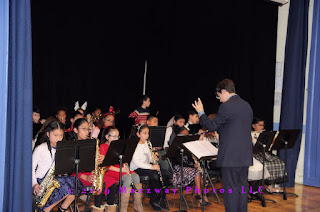 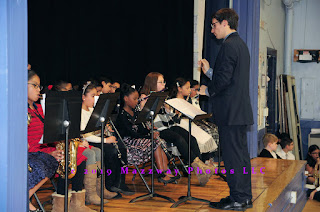 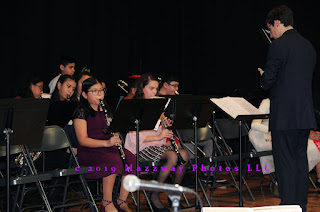 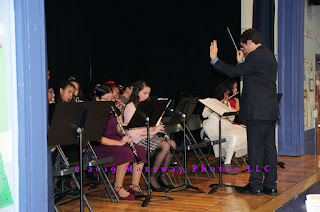 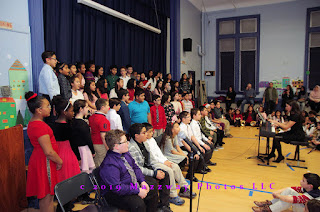 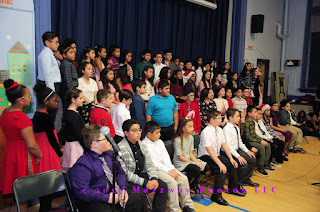 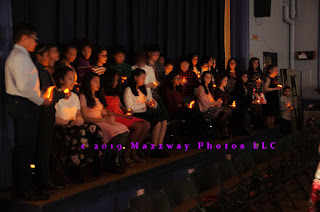 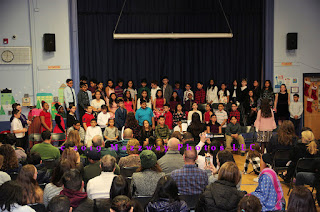