6-December-2019
On Thursday-5-December the Bogota Borough Council held its first meeting for the month of December. One point made during the first public comment session was made by the legal representative for a number of business that would be affected by the declaration of  “Blighted areas”  in parts of the Borough.  This will allow the borough to identify certain parcels of land so they can be redeveloped. the  Attorney for this business is asking that certain properties also be included in  “Overlay Zones”. An Overlay Zone is  a zoning district which is applied over one or more previously established zoning districts, establishing additional or stricter standards and criteria for covered properties in addition to those of the underlying zoning district. Communities often use overlay zones to protect special features such as historic buildings, wetlands, steep slopes, and waterfronts.  In this case, if the Borough allows for an overlay zone as part of the redevelopment,  the current business in that area would be regulated by the current zoning codes. This may allow those businesses to refurbish their properties  without needing to get additional approval from the Planning Board.
Then the Council approved all the item on the consent agenda by unanimous vote. Some of the more noteworthy items were the Authorization to advertise for bids to renovate the Basketball and Tennis  courts in Olsen Park.  Another was to create a “Safe Zone” for residents to have a meeting place for internet based market transaction.   This would be an area that would include the Municipal parking lot near the Bogota Police Headquarters. It will be available on weekdays, from 8:30a to 4:30p, to allow transaction from online marketplaces such as Craigslist.  The area will not have Police personal patrolling the area , but will be covered by existing video surveillance. In the ordinance passed it is stated that the Borough of Bogota will make no assurance of  the safety of those people using this area for their transactions.
A contract was awarded to refurbish the wall and steps on Preston St.  Along with passing the ordinance to declare “ Blighted Areas” for redevelopment.
In the Committees report Mayor Kelemen announced that the Sine Die and swearing in ceremonies for the 2020 Bogota Council will take place on Wednesday- 1-January-2020. This will be held in the Senior Centre above the Library and begin at 2:00p. Mayor Kelemen also announced that their will be a Menorah lighting ceremony on  Sunday-22-December at 6:00p. This will take place in front of Borough Hall, and be the first official Menorah lighting in Bogota.
The next Bogota Borough Council will be held on Thursday-19-December. This is scheduled to start at 7:30p, and be held in the Council Chambers located at 375 Larch Ave.  This meeting is open to the Public. 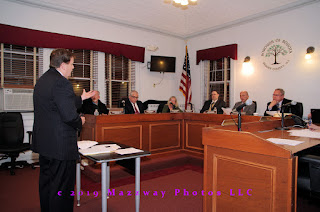 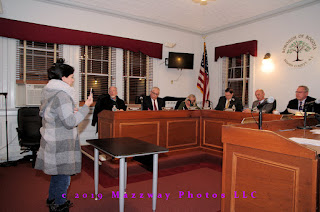 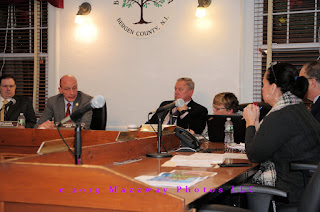 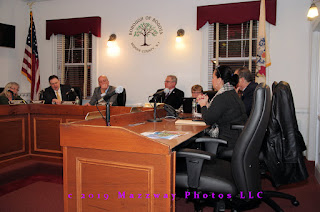 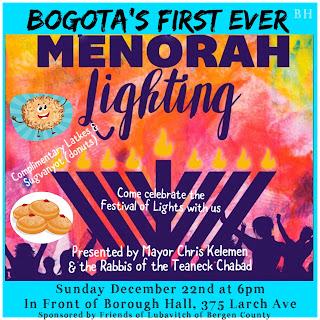