On Wednesday-3-February the teams from Bogota played those from New Milford. The Lady Bucs traveled to New Milford to play the Lady Knights. In the first quater New Milford would score first, then Bogota took an early lead only to have the the Lady Knights regain the advantage. The teams would trade points until New Milford would build a lead and end the first quarter ahead 14-10.  In the second quarter the Lady Bucs would go on an eight Point run and used that to take a 25-21 lead into Halftime. New Milford pulled ahead again 37-35 at the three quater time mark.  In the final eight minutes Bogota and New Milford would again trade points thorough out the quarter.  With ten seconds left in regulation the Lady Bucs would forge a 49-48 lead. One the final drive down the court New Milford would take on last shot. During the following rebound time would expire.  As the clock wound down, the front court official called a defensive foul.  The Lady Knights  were award two shot with no time on the clock. Both free throw were successful to give New Milford a 50-49 win.
Bogota's record is now 1-1. Bogota's Kylie Cabana lead all scorers with 23 Points.  Bella Maniago had 16 Points for New Milford including 2 Three Point Baskets. The Lady Bucs next play on Friday-5-February against Ridgfield. This will be played on the Jay Mahoney Court in Speary Gym. The tip-off is scheduled for 4:00p.  The game will be Live streamed at Bogota BoE
The Men's team hosted the Knights on the Jay Mahoney Court in Speary Gym. New Milford would score first, and hold a 4-3 lead early in the first quarter. The Bucs would then to on a 23 to 3 run to end that quarter with a 26-7 lead. Bogota then reached the half century mark in the second eight minutes and took a 61-19 lead into Halftime. After the restart Bogota would rest their starters. The Knights would do the same in the final quarter. Bogota would finish with an 80-36 win.
The Bucs record is now 2-0.  Taj Collins had a game high with 21 Points for Bogota. The Bucs Evan Meberg and Dalone Jackson recorded 3 Three Point Baskets.  New Milford's AJ Scrivanich had 10 Points with Kevin Kiani scoring 1 Three Point Basket for the Knights. Bogota will next play on Friday-5-February at Ridgfield.  The game is schedule to have a 6:00p tip-off. With the Junior Varsity game preceding at 4:00p.  It will be Live streamed  at: https://www.northjerseyic.org
Select photos from the Bogota Blog NJ collection of  Bogota Sports are now available for purchase. These may be order from the Bogota Blog NJ Zenfolio store at: Bogotablognj /Sports 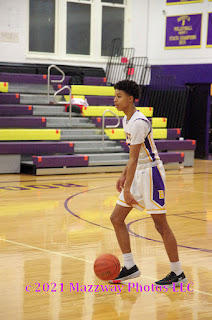 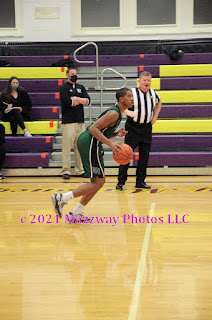 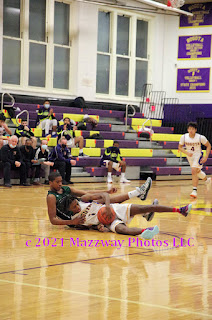 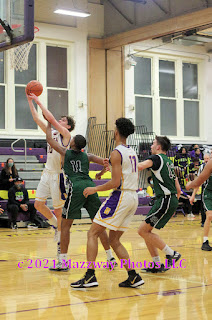 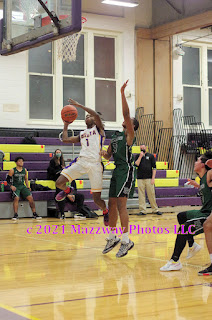 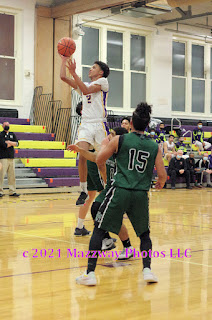 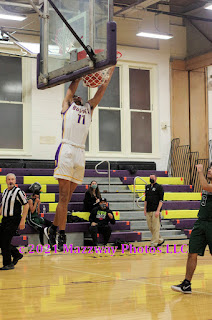 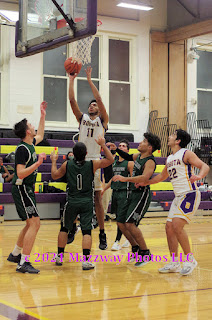 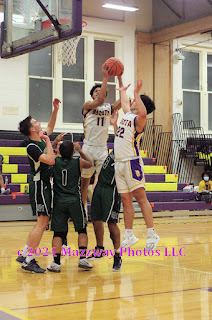 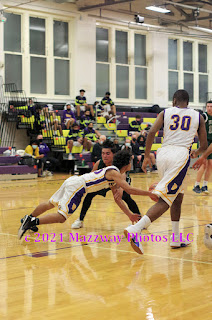 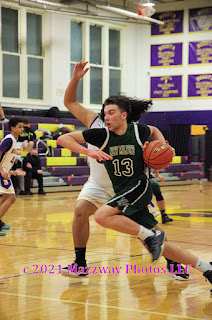 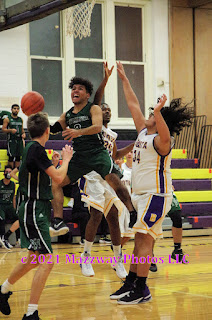