3-February-2021
Wednesday-3-February was National Signing- day for High School Seniors to official agree to commit to attend Universities around the Country. Bogota Senior Ashanti Caviness signed a letter of intent with Monmouth University for a full scholarship to play Football.  Monmouth was one of several other Division One Universities that offered him scholarships.
Ashanti was a four year starter for the Bogota Football Bucs. In his Freshman, as a Tight End and has a career total of 64 receptions for 1,120 yards scoring 13 Touchdowns.  Mr. Caviness was moved to Quarterback in his senior year. In a restricted season which he started only five game  he finished  11 Touchdown, both from passing and rushing.  and 7 Two Points conversions.  He also amassed 824 total yards.  For North Jersey players he placed 5th in Rushing, 10th in yards Rushing, and 7th in Total Points. On the defensive side  he had  42 tackles, which includes 6 Sacks and 14 Tackles for  a Loss of yards along with 4 forced Fumbles
The Bogota Athletic Department set up a table in Speary Gym decorated with Bogota Buccaneer banners  for the event to take place. Mr. Caviness took his place behind the table surround by his Family. Bogota Football Head Coach Brain Appleton talked about how proud he was of  Ashanti for this achievement. He said the Ashanti  performed the three keys goal that makes up Bogota Sports. He excelled academically  during his time in High School. He worked hard as a player,  both during a game and at practices, to make sure he was all doing what was asked of him in the correct way. And how he supported the other players so that they will become a team and support each to earn their achievements together. Coach Appleton  took some time to congratulate the entire Caviness Family on, not only Ashanti, but what the whole family has achieved. Coach Appleton also thanked them for allow Ashanti to play for Bogota, and guiding him to become the man his is now.
Coach Appleton then thanked the player who can to be apart of this event for their teammate.
Coach Appleton continued by saying now the future Athletes of Bogota have a new goal to set for themselves. With this being one of the first Signing Day Event held at the High School he challenged them to be the next Student Athlete to sit behind that table and be able to sign their letter of intent in the coming years.
Then Ashanti Caviness spoke and thanked his teammate for their play on the field, and togetherness off the field. The Bogota Public Schools Teachers, Administrators , and Coaches for their guidance and education. And his Family for all their love and support. He then stopped for a moment to unzip his Union Division Championship jacket to reveal his new Monmouth Hawks Football shirt.  He then finally signed the paper work that will allow him to attend the University  with a full scholarship. Bogota Athletic Director Brad DiRupo then thanked and Congratulated on what he has done for himself, and what he has given to Bogota High School.
Ashanti  Caviness has also to a leading member of the Bogota Basketball Bucs.  He is starting with the 2021 Basketball season with a total of 783 Points  placing him 23rd on the all time Men's scoring list.  He was named to the All Patriot Division  first team  in 2020 and third team in 2019
When asked why Monmouth over the other school Mr. Caviness said of the Love they showed him as a Student and person , and not just an Athlete.  It began when he was invited to their off season camp to train with a Division One Varsity program. And during this time they Coaches would talk to him about how he was doing, and how he can improve his talent.  They also talked to him about  his goals and needs outside of sports. Ashanti was also invited to tour the Campus and was in constant contact with him over the months. He said the university  took to time to learn about him, as he was learning about them.  He is entering his Freshman year as undecided but is leaning toward a business degree in his future. 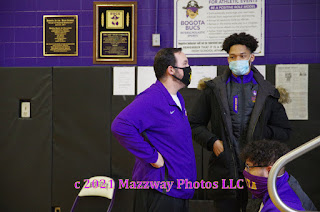 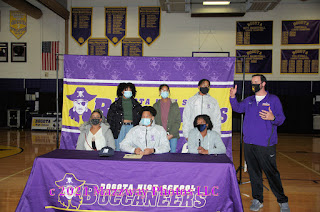 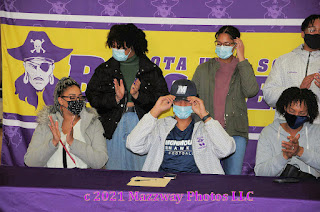 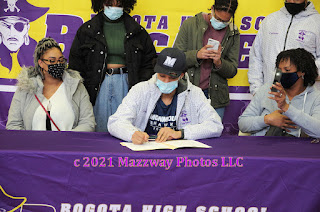 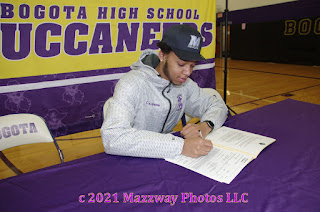 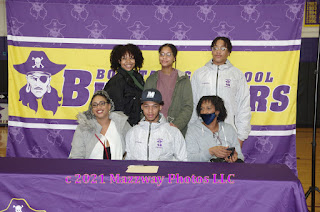 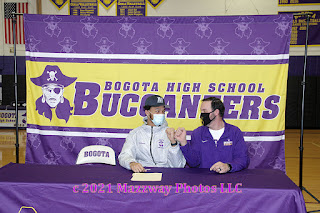 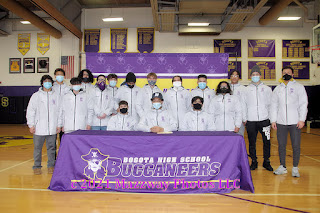