26-February-2021
On Thursday-25 -February Sgt Craig Lynch retired after 30 years of being on the job for the Bogota Police Department. His walk -out came at about 7:00p  marking the end of his shift.  As Sgt Lynch left Police Headquarters, accompanied by his Wife and Family, he was greeted by well over 100 residents, friends, and fellow Law Enforcement officers. He was first saluted by Bogota Police Chief Daniel Maye, and Captain Robert Piterski. Sgt Lynch next received his final orders which thanked him for his service to the Citizens of Bogota and was made  code  10-7  for the final time. This was followed by applause by those in attendance. A siren tribute by members of the Bogota Volunteer Fire Department, and was accompaniment by bag pipe music.
Then Chief Maye awarded Sgt Lynch with his Sargent's Retirement badge. Next he was present  with an American Flag by Officer Timothy Geipel and Instructor David Coleman, folded by the Colour Guard at McGuire Air Force Base. Sgt Lynch was also presented with a plaque by Bogota Mayor Chris Kelemen on behalf of the Borough Council. This was to commemorate his time on the Bogota Police Force and his work in the community.
Sgt Lynch then moved to the line of current, and former, Police Officers to receive their congratulations and thank them for the time working together. During this process he stopped to have a longer moment with  Anna Geraghty.  Sgt Lynch and Ms. Geraghty helped create the Bogota Police Emergency Services Youth Academy in 2000.  This began in-order to instruct the Middle School age Students in Bogota about public service in the community.
Then Mr. Lynch moved around the parking lot to talk with as many people as possible,  all of who were on hand to share this time with him. These included friends and other members from different branches of Law Enforcement. Members of the Community, Parents of Students who attended Bogota Schools also wanted to thank him for his work. One large group there was the Academy Alumni waiting to show their gratitude for their former Program Director.  The Alumni present him with a special plaque to him for his support, encouragement and friendship during  and after being apart of the Academy.  And still being Sgt Lynch he would take the time to talk with the younger Students, and their Parents, about what will it be like when they are old enough to be apart of the Academy.
Then Craig Lynch was able to move on to a private event in his honour and to remember his years as a United States Air Force Military Police Officer, his work in the New York City Department of Juvenile Justice. Along with being apart of the Bogota Police Department, which enabled  him to help create the Bogota Police Emergency Services Youth Academy  which has been recognized  as one of the finest Summer Programs from Middle School aged Students in the State of New Jersey.
( To help support Bogota Blog NJ with it's coverage of Local stories & sports
please contribute at: donate to Bogota Blog NJ) 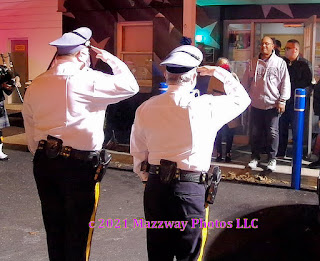 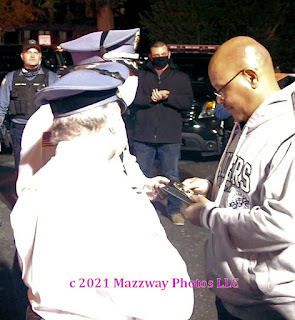 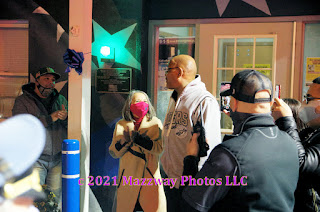 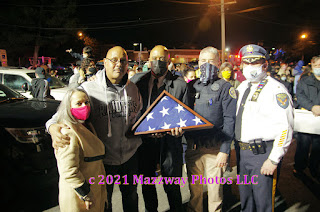 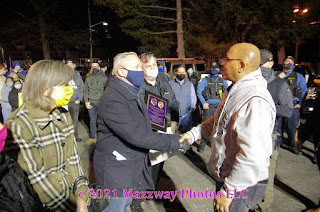 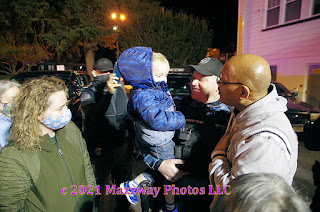 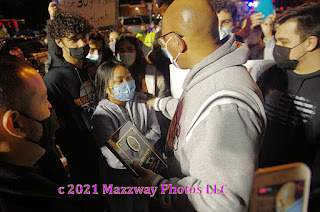 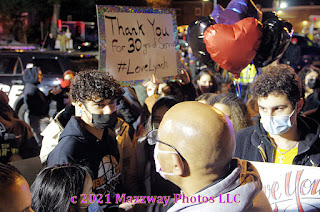 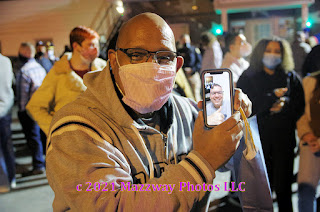 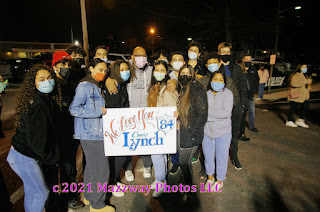 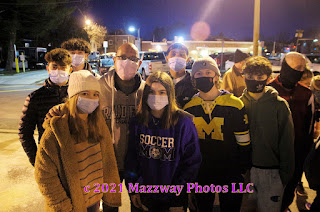 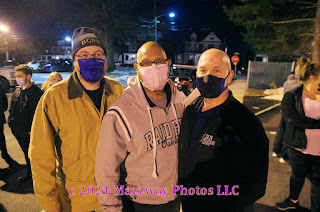 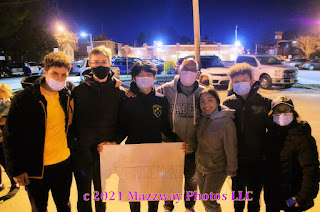