8-February-2021
On Sunday-7-February around 9:00a snow from the foretasted starting to begin. By 10:00a crews from the Bogota Department of Public Works were  plowing the streets. As the day continued the intensity of the  falling snow grew and started to accumulate. With temperatures  staying in the high 20's and a light winds work crews,and resident, were able to keep ahead of clearing surfaces. Final totals from the Sunday storm average about 6-7 inches
By later afternoon both the skies and the streets were clear and the Borough was rewarded with a bright sunset to colour the latest power on trees and roof tops.
The National Weather Service is predicting additional snow fall on Tuesday-9-February to Thursday-11-February the amounts forecast for these snowfalls are now at 3-4 inches. 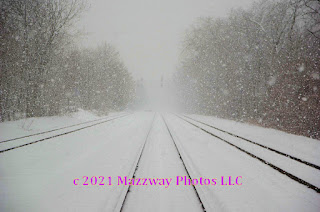 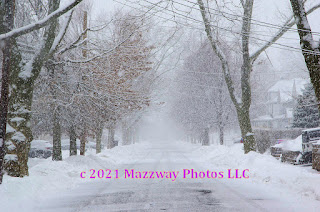 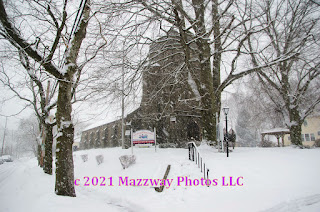 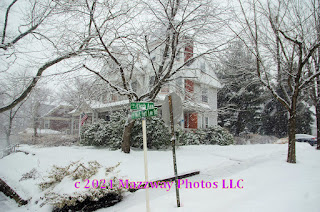 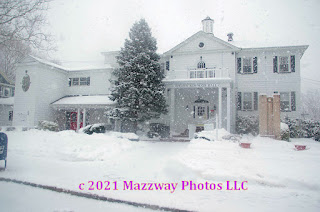 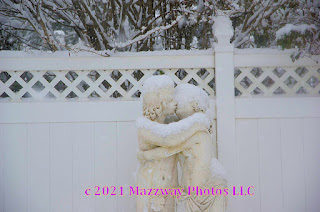 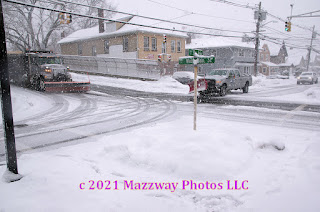 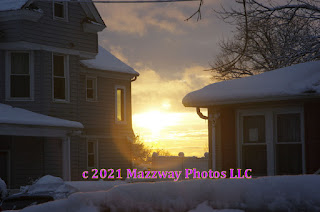 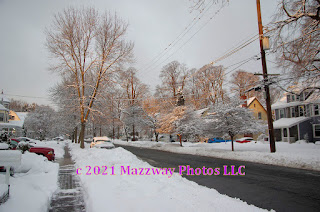 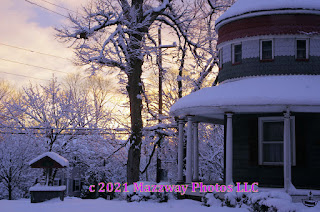 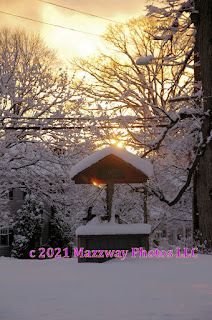 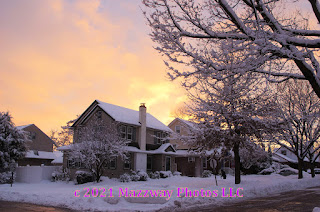 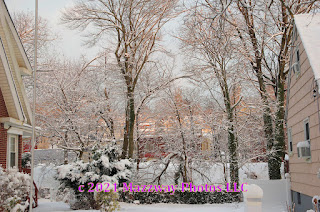 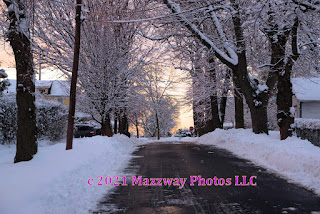