10-March-2021
On Tuesday-9-March the Bogota Board of Education held their first meeting for the month of March.  In his report Superintendent Mr. Damien Kennedy talked about the success of the  High School Sports team this winter. While some games were cancelled, or postponed, these were caused by heath concerns in other school district and not Bogota. He added that a special Winter season for Volleyball and Wrestling will start in a week from this day, and practices have begun.  A note from an item as part of the Consent Agenda, later in the meeting, stated that for this Spring the Bogota Baseball Bucs will merge with Saddle Brook High School to field a team.  Superintendent Kennedy  said that because of the current situation the Baseball and Wrestling program will have over lapping season. A number of Bogota Students are part of both teams and there will be an insufficient amount of player for the Baseball team. The home games will be evenly split between Bogota and Saddle Brook.
Other announcements made by Superintendent Kennedy was that Wednesday-10-March both Elementary Schools will have in person classes. They will still be in their assigned groups, and will alternate which group attends on Wednesday.
Next came a presentation by Solution Architecture  and a representative from the Honeywell Corporation about the Energy Savings Improvement Plan (ESIP)  for the District Schools and support building. Honeywell Corporation  was chosen to perform the work to improve energy, operational and ventilation efficiency throughout the school district. This will include all three Schools, the District Office  and the Fiegel Field Fieldhouse. Improvement to be made will included new lighting fixtures in the High School’s common areas (Hallways and Cafeteria) Along with the replacement of old light bulb with more energy efficient units for all buildings.  The replacing of older Mechanical and Controls equipment with more efficient systems. Adding or replacing Ventilating system in all Classroom. They will not be air conditioning units, because of the cost,  but more efficient filtering and ventilation units.  There will also be the replacement, with low flow Hot Water devices for all plumbing in the School Buildings.
Cost of this project will be funded by the District using existing Capital Reserve funding.  There is also Elementary and Secondary School Emergency Relief grant (ESSER) that will reduce the cost to the District. Savings from these improvements are estimate at over $9,000 per year for 15 years. Some of these savings are planning to be used to add solar power to the District School.
The other project discussed was the addition of Solar Power Units on the three School Buildings. This will involve the District “leasing” the roof tops to the company installing the units.  Then the District will buy energy from that company at .029 cents per kilowatt hour (KWH) .  The current rate for the District is 11 cents an KWH. With a project saving of over $800,000 over 15 years. If there a need to update any roof structure it will be paid for by the District using existing Capital Reserve funding.
The resolution to approve the Energy Savings Improvement Plan was passed by unanimous vote. Other item voted on, and passed,  at this meeting included the participation in the  Sustainable Jersey for Schools Certification Program. And approving the budget submission for the 2021-2022 Preschool Education Aid. All other items were moved to the consent agenda to be formally voted on at the next Board of Education meeting.
During the new Business section  Superintendent Kennedy that the District is considering to allow for a 2021 School play. He added that since indoor venues for sporting event can be use, a plan to have limited seating, and  have a Live Stream feed of School plays should be possible.  Superintendent Kennedy also wants to start planning a safe distancing outdoor Graduation Ceremony at Fiegel Field. The Senior trip has been canceled, but a safe prom is being looked into.
The next Board of Education meeting will be on Tuesday-16-March and is scheduled to start at 7:00p. This will be a virtual meeting and is open to the public.  Access information to be announced at a later date. Updates and announcements from the Bogota Board of Education will be available at  www.bogotaboe.com
Addition information about the District reopening plans can be found at: Bogota School re-opening 2020 ;  Bogota hybridvirtual-parent-portal
Along with information in both English and   GUÍA DE USUARIO - Español  at  https://www.bogotaboe.com/domain/423
( To help support Bogota Blog NJ with it's coverage of Local stories & sports
please contribute at: donate to Bogota Blog NJ) 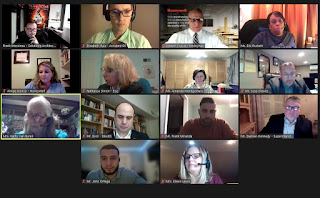 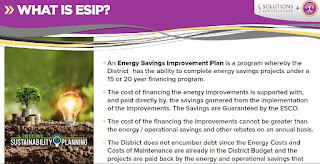