18-March-2021
Last week an interview with Bogota Coach Jay Mahoney  was aired on the podcast “Down With the Dominguezes”. This was done by Bogota High School Graduate Juan Dominguez  BHS Class of ‘85. After graduation, Mr. Dominguez was accepted into US Military Academy at West Point. From there he served 5 years in the US Army leading an infantry platoon in the Gulf War. When he returned home Mr. Dominguez was elected to one term as a Bogota Council member from 1995-1998. He currently lives outside of Annapolis, Maryland with his wife Cheyenne and their family. Like many people over the past year, they found themselves with more free time than usually. The couple used this opportunity to create a podcast to share their experiences with other.
The podcast “Down With the Dominguezes” was conceived as one part online public diary and one part virtual way to share stories with their Family. They have grown the podcast to a weekly event in order to give a glimpse of some things that are happening in their lives. It ranges from family travel, to virtual school shenanigans and morning routines. Along the way, they poke a bit of fun at themselves and try to find the humor when things don’t go as planned or when arguments ensue. Their hope is that listeners get a "little chuckle" with each show and that it brings a bit of levity to help them get through their own ups and downs of life.
The podcast for 12-March was dedicated to the interview with Mr. Dominguez’s Bogota High School Basketball Coach Mr. Jay Mahoney. The interview started as way to keep in touch with his former Basketball Coach. It moved on to a discussion of youth sports, from when Coach Mahoney began his career at Bogota High School, over 40 years ago. To his approach in working with the Students of this current generation. As more stories were told Coach  Mahoney shared his thoughts about as the years as a Teacher and Coach, and number of Students he has met. He said that the idea of just Coaching and Teaching has evolved over time. Now, he thinks, that is alright not to focus about how many wins a team had in a given season, or how many points a player had. More recently the fact that the Students and the Teachers now interact as Friends is more rewarding than figures on a piece of paper. This, in Coach Mahoney's opinion, shows the type of influence he had on the Students he has worked with.
This interview can be heard at: https://podcasts.apple.com/us/podcast/down-with-the-dominguezes/id1486428133?uo=4  Along with past and future podcasts.
(it is asked that while listening to this podcast you inform them that you saw about it on Bogota Blog NJ) 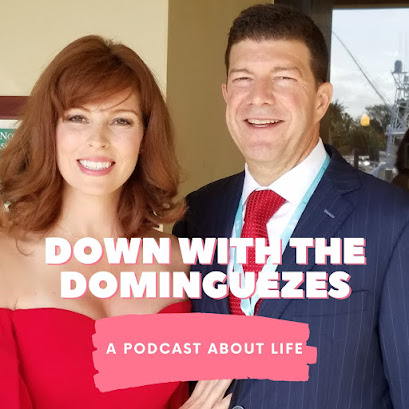