21-March-2021
On Sunday-21-March three Scarlet/Bucs  Wrestlers took part n the Bergen County Women Coached Association Girls Wrestling Invitational ( BCWCA) at Pascack Hills High School.
Ms.Theresa Zeppetelli at 123 lbs. , Ms. Skyla Ortiz at 145 lbs. ,and Ms. Kayla Zeppetelli at 153 lbs drew byes in  and moved into the Quarterfinal Rounds. Ms. Ortiz also automatically was moved into the Semi-final round as well.  In her Quarterfinal Theresa Zeppetelli would score a 7-4 Decision win over Isabella Garcia  from St. Thomas Aquinas.  Kayla Zeppetelli record a Pin Fall only 6 seconds into her bout over Katie Moro of Lakewood.
In the Semi-Final round  Theresa Zeppetelli defeated Njia Green of Mt. Olive with a pin Fall at 5:39 of the bout. Skyla Ortiz lost her bout to Gianna Puzychi from Bayonne by a 11-4 Decision.  Kayla Zeppetelli record a Pin Fall over Jenna Filieri of Lodi with just under a minute left in the bout.
Skyla Ortiz would claim the Third Place metal by a Forfeit.
In the Finals round  Theresa Zeppetelli  would be pined by Kira Pipkin from Bloomfield at 1:20 of the first period. In the 153 lbs finals  Kayla Zeppetelli would face Taylor Peterson from Garfield. Ms Peterson would score first, and have a 2-1 lead after the first 2 minutes. The second period would end in a 2-2 tie.  The Final period saw the two wrestlers force a number of ties as time moved to under one minute left in the bout. Ms. Zeppetelli score one more takedown , for two points at the 23 second mark. After one final push from Ms.Peterson as time expired was not able to force Overtime. This allowed Kayla Zeppetelli to claim the Gold metal in the 153 lbs Class.  This became Ms. Zeppetelli's second title win in the two years of the BCWCA Tourament.
To read an interview with Kayla Zeppetelli by the Bergen Record please go to their link at: https://www.northjersey.com/zeppetelli
Select photos from the Bogota Blog NJ collection of Bogota Sports are now available for purchase.
These may be order from the Bogota Blog NJ Zenfolio store at: Bogotablognj /Bogota Sports
( To help support Bogota Blog NJ with it's coverage of Local stories & sports
please contribute at: donate to Bogota Blog NJ ) 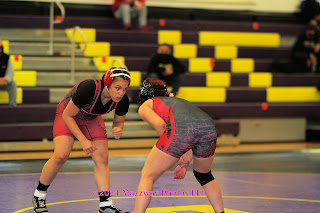 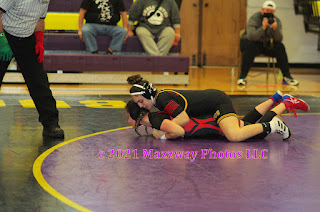 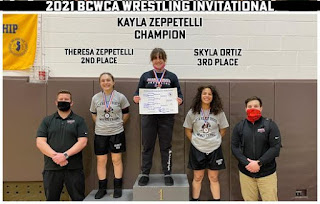